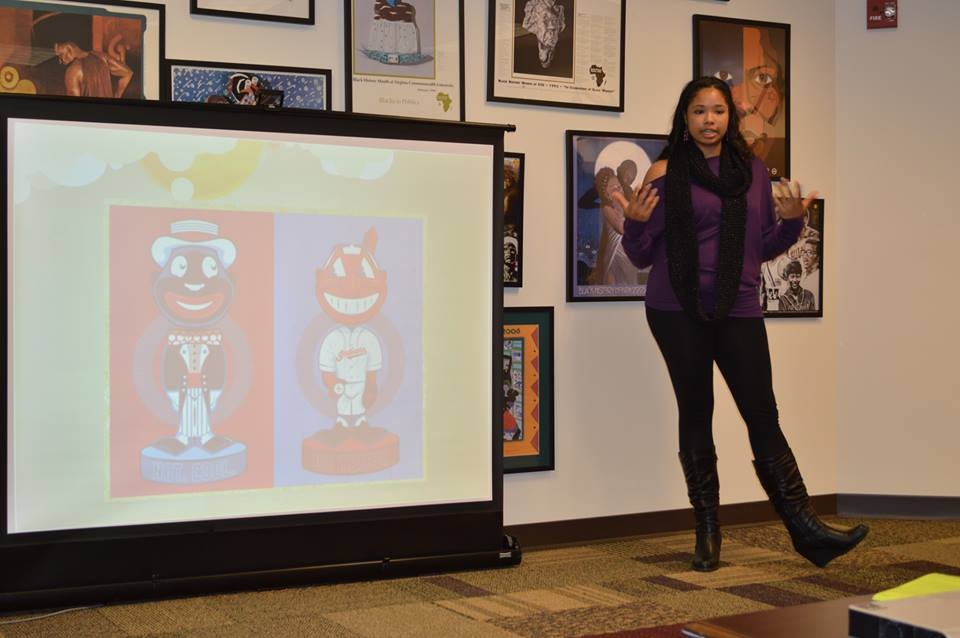 The Office of Multicultural Student Affairs held the conversation, “What is in the Mascot?” a student led event discussing the misrepresentation of Native Americans in modern society as part of the Native American Heritage Month celebration on Thursday, Nov. 14.

“It’s becoming a thing I want more people to know about,” Williams said. “We need to educate people on why native stereotypes are such an important issue in the media right now.”

Coming to VCU, Williams said she decided to stay true to her native heritage. She became the vice president of the Native American Student Association, an upcoming cultural organization in the process to become an officially recognized club at VCU.

Senior communication arts major Lauren Wark participated in the discussion with other members of the Native American Student Association. Wark is a member of the Huma tribe located in southern Louisiana. Wark discussed the prominence of unintended racial slurs directed towards Native Americans due to what was described as the negative stereotypes portrayed by American culture today.

“When you paint your face and put on some rags you are perpetuating the idea that natives are savage beings,” Wark said. “There are million dollar industries profiting off of making a mockery of a culture and I think people, especially Americans, should understand why that’s wrong.”

Both Williams and Wark plan on educating and engaging members of the club about Native American culture and traditions.

“I think if people looked more into some Native American customs and traditions, they would think it was pretty cool,” Williams said. “(At NASA) people will be in an environment where they can better understand native culture.”

Vicki Yeroian, a graduate assistant for cultural and student organizations at VCU, encourages those who want to learn more about Native American culture and minorities living in America to join the Native American student association.

“Any opportunity to learn and experience any culture is a great idea. NASA is a very supportive group of people,” she said.

While Yeroian works to turn NASA into an official student group at VCU, members of the organization are trying to gain members and spread the word about their new organization.

“We’re not just a club for Native Americans,” Wark said. “A lot of students are struggling with issues here at college, and we are trying to foster a community that supports them.”