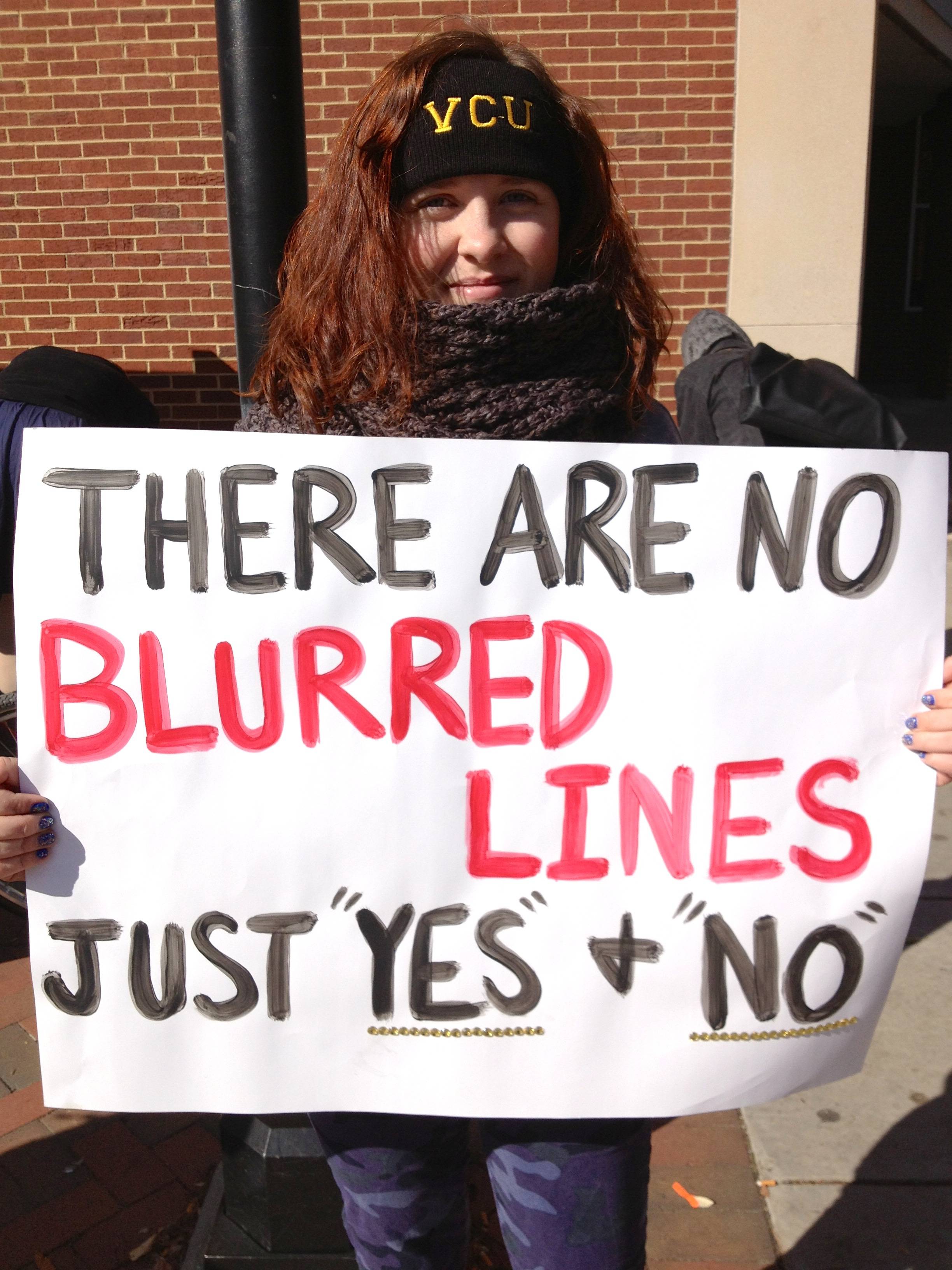 In the U.S. someone is sexually assaulted every two minutes, resulting in about 237,868 victims per year, according to the Rape, Abuse and Incest National Network. Of those victims, 80 percent are under the age of 30.

Ashleigh Shackelford, business administration and political science major and leader of Free Figure Revolution, a student body positivity organization, decided to express her concerns about rape culture to the compass on Wednesday, Nov. 13 by organizing a protest rally against sexual assault with approximately 15 other students.

Shackelford organized the event because she said she felt VCU students need to have a conversation about the definition of what consent. Some students were friends of Shackelford or members of Free Figure Revolution, and others decided to join the rally because of their strong belief in the cause.

“We don’t talk about it and define it enough,” Shackelford said. “We need to show the campus what consent is and talk more about how prevalent sexual violence is in the world, but especially on our campus.”

Though there are a handful of campus-wide campaigns against sexual assault including the annual “Love n’ Liquor” show presented to incoming freshmen, information provided by Sexual Assault and Violence Education by Students and services offered by the Wellness Resource Center, Shackelford said she doesn’t think the real definition of consent is frankly discussed.

Graphic design major Ashley Gladner stopped to read rally-members’ signs with phrases like ‘My consent is mine to give, not yours to take or question.’

“The idea of consent is not clear to people and it’s extremely important,” Gladner said. “I think what’s even more unclear is what does or doesn’t constitute rape.”

Nicholas Artrip, a gender, sexuality and women’s studies major, was the only male student playing a role in the protest.

“I think in the discussion of rape culture and sexual assault it really is a female-focused discussion,” said Artrip. “We usually tend to talk about the victim rather than the perpetrator. Often when we do that, we ignore that there are also male victims of sexual assault.”

Artrip said being in a college-campus setting automatically makes sexual assault more prevalent than elsewhere. “Especially with the party scene and drinking. People don’t understand that someone who is drunk cannot give consent,” he said.

“Often times people think consent is ‘no means no’ but a lot of the time your communication in a sexual situation is going to be nonverbal and it’s way deeper than just saying no,” Shackelford said. “If you feel convinced to say (yes), it’s not really a (yes), and without consent it’s rape.”