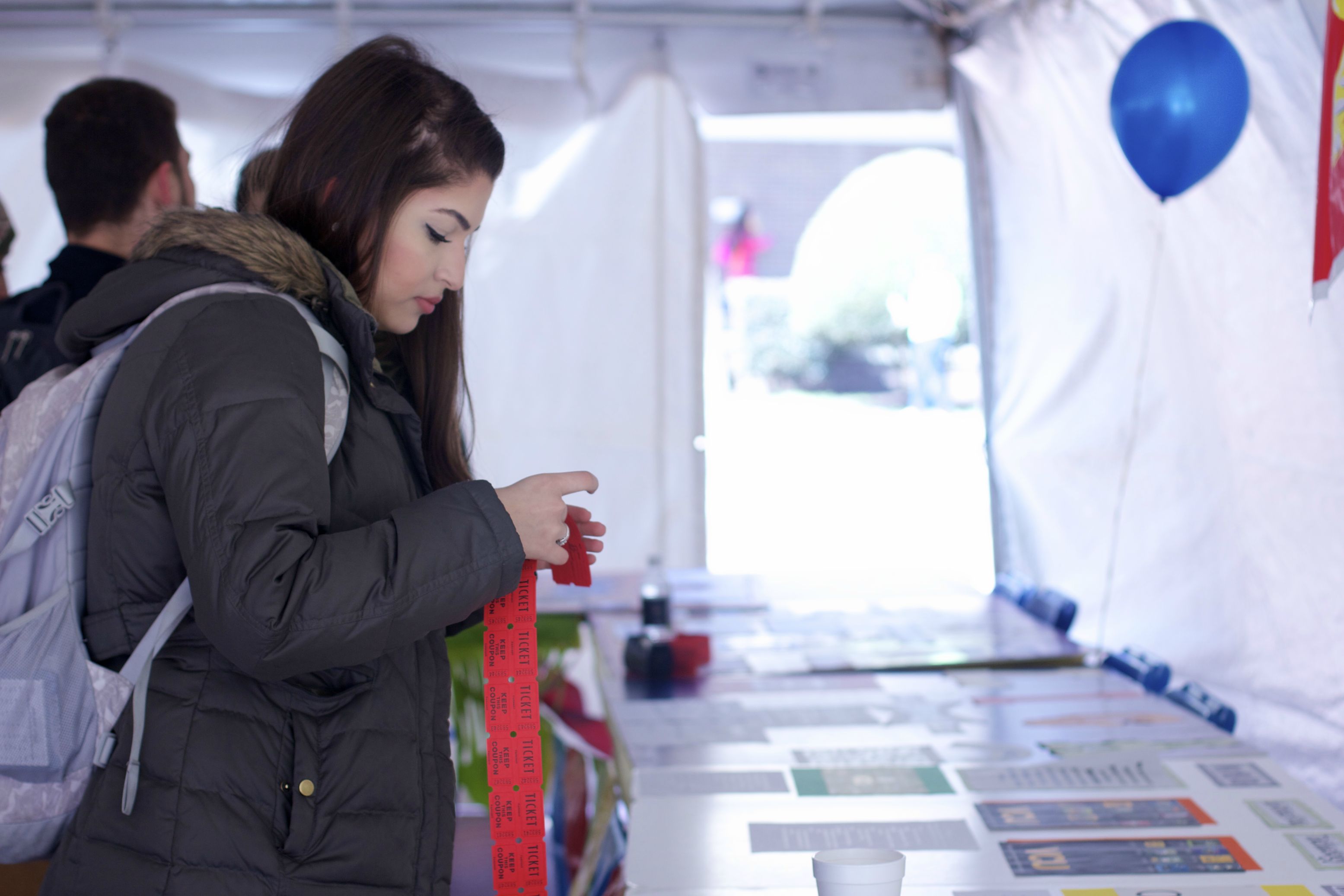 Food, free T-shirts and a mechanical bull enticed students to vote in the Student Government Association elections during the SGA Day Fair on Wednesday in the Commons Plaza.

At the fair students were encouraged to vote for SGA candidates, given free T-shirts and offered food catered by Bigs BBQ. There was also a photo booth, carnival games and an inflatable basketball game.

“The goal (of the fair) is to promote and bring visibility and awareness of what student government does here at VCU, especially the Monroe Park campus,” said SGA president Vikhyath Veeramachaneni.

Veeramachaneni said the fair is also an opportunity to share with students what the SGA has done in the past such as Rams Day on the Hill and Midnight Breakfast, as well as events planned for the future.

Alongside the food, members of SGA worked under a tent in the Plaza with a voting station and  posters describing the different committees within the organization.

“I guess the challenge would be to make sure we reach our goal which is to get students that don’t know about SGA, or might be afraid to approach … to meet with people, to learn some of the things that are being worked on and to share their ideas and concerns with us,” Veeramachaneni said.

The fair has been held in the past, but this is the first SGA Day Fair of its size, according to SGA senator and sophomore psychology major Michaela Crutsinger.

“The idea for it came before I was even involved with SGA, but we never had it this big before and every year it’s been getting bigger,” Crutsinger said. “I think it will be something that we definitely do next year and take what we learned this year from this experience … and hopefully make it even better.”

Freshman chemistry major Muna Yimam had not heard about the fair before she attend, but decided to stop by when walking past the Commons Plaza.

“I took two surveys, voted and got food, and the food was really good,” Yimam said.

Yiman also had the chance to ride the mechanical bull which she said “was pretty cool.”

Freshman psychology major Bita Davoodi also walked past the event and decided to participate. She voted, got food and took photos with a friend in the photo booth.

“It’s really cool, I wish (they) advertised a bit more,” Davoodi said. “I don’t think they expected it to be this cold for a spring day but it would definitely be more people if it wasn’t so cold.”