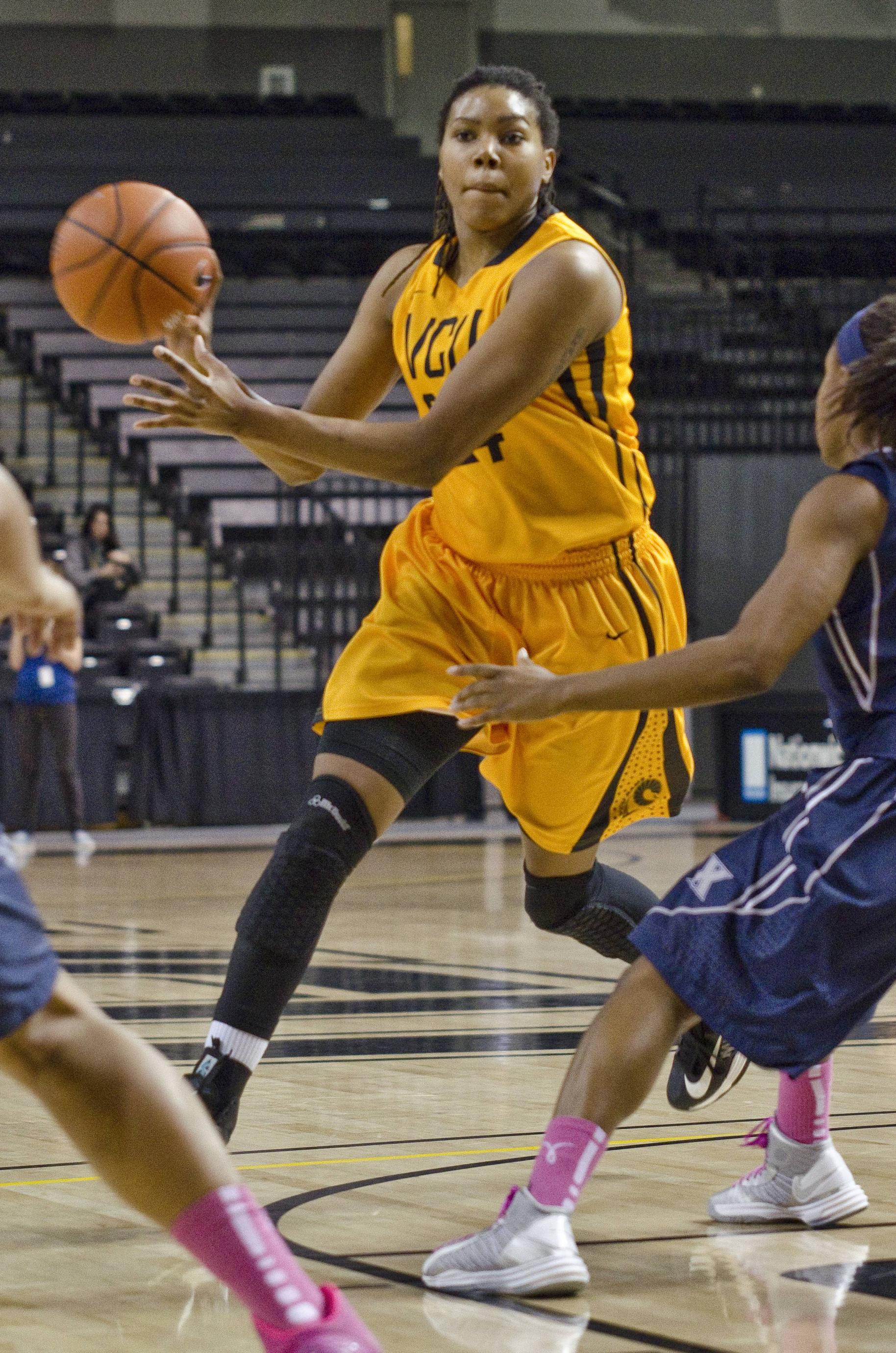 Dayton was chosen as the conference favorite, receiving 12 of the 13 first-place votes and 168 points overall. VCU garnered 92 points in the poll.

VCU head coach Marlene Stollings was in attendance and acknowledged that the Lady Rams will have their work cut out for them in a tough A-10 conference.

“It’s fierce, it’s very competitive,” Stollings said. “The thing with our league is it brings out the best in us as coaches as well as our team. It is tough top-to-bottom, night in and night out you have to bring your A-game. We have a lot of 20-year veterans, 300-400 plus win coaches in the league, so it really forces you to be creative and think outside the box.”

Senior guard Robyn Parks and sophomore guard Jessica Pellechio received individual conference recognition as well. After leading the A-10 in scoring (18.7 ppg) and finishing second in steals per game (2.7) last year, Parks was named to the all-conference first team as well as the all-defensive team. Pellechio was named to the third team after leading all freshmen in scoring (11.3 ppg) a season ago.

But the individual achievements don’t accurately portray the current situation with the women’s basketball team.

Stollings and her coaching staff face the challenge of remaining patient with a largely inexperienced team. Seven freshmen and four sophomores make up the bulk of the Lady Rams’ 15-player roster. The team returns just three seniors this season, but the head coach views her team’s youth as a strength.

“I think it provides an avenue for what we love to do as coaches and that is teach,” she said.

The 2013-14 season marks the beginning of a new brand of women’s basketball at VCU. The program this semester announced its new tagline “Fear the Fury,” which coincides with the “Havoc” style of play associated with the men’s basketball team.

Though Stollings doesn’t yet possess the winning pedigree of men’s head coach Shaka Smart, she said she thinks an exciting, fast-paced system will ultimately lead to success and better attendance numbers for the Lady Rams. Last year, VCU ranked in the middle of the pack in the A-10, drawing just more than 500 fans per game. Conference leaders like Dayton recorded average attendance closer to 1,800.

“We want to be a fun and exciting up-tempo offensive minded team that puts a lot of points on the board, so we’re hoping to fill a lot of seats,” she said. “We have a plan to have over 1,000 people attend each one of our home games this year. We are looking forward to some pretty big crowds, we want to be a style that our fans enjoy watching.”

Stollings compares the Lady Rams’ burgeoning style of play with the likes of the University of Notre Dame and the University of Connecticut — both highly successful and highly recognizable women’s basketball programs that have combined for eight national championships in the last 15 years.

With the departure of Butler, Xavier, Charlotte and Temple from the conference, the Lady Rams will have fewer opponents to compete with in 2013-14, and look to improve upon a 2012-13 season that saw four A-10 victories and an 11-19 record overall. The Lady Rams finished 12th out of 16 teams a season ago.

Elon University will come to the Siegel Center on Nov. 19 for the Lady Rams’ home opener.