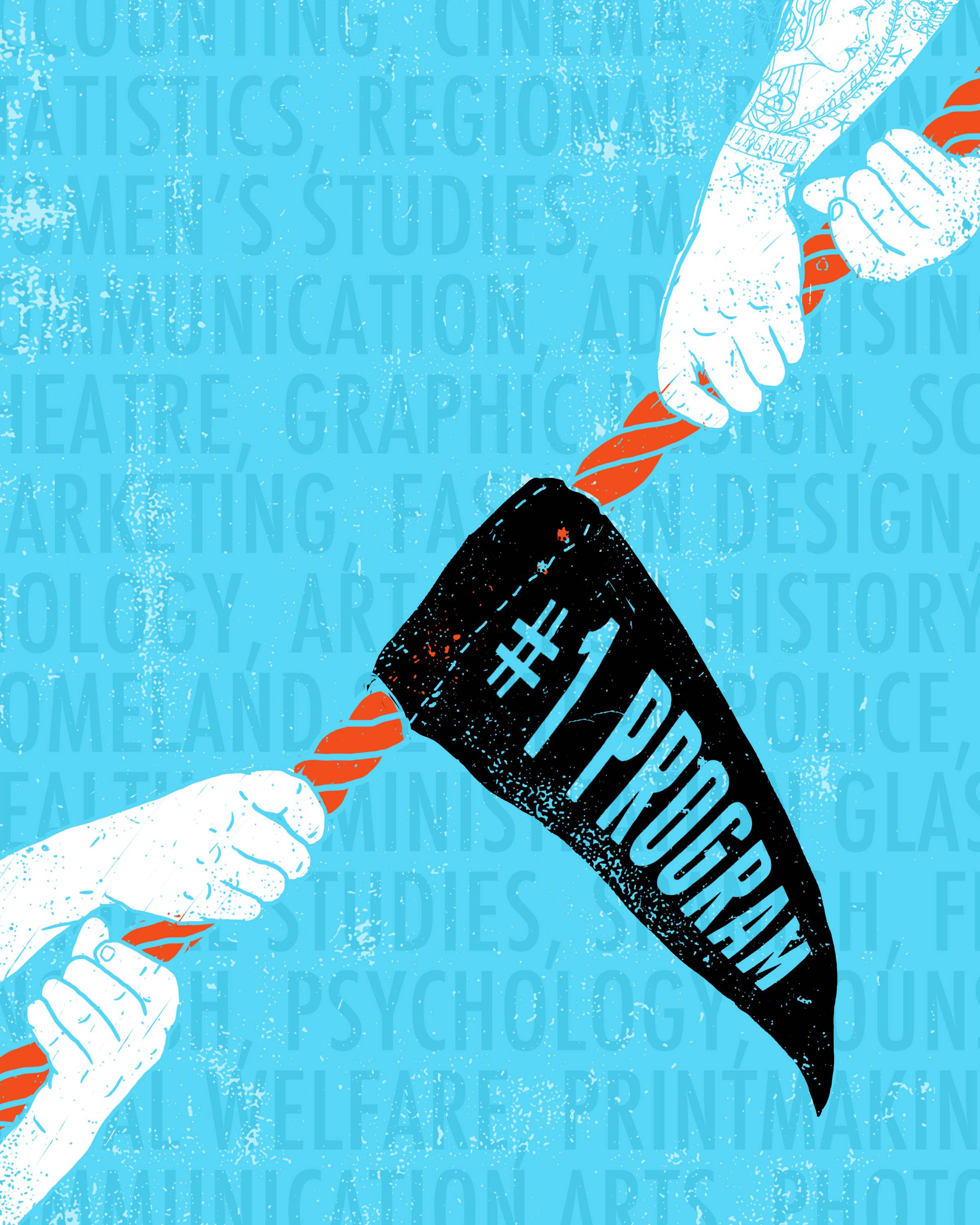 Our dream is to receive a fair education from our chosen colleges, but our hope may be spoiled by those same institutions.

It is fair and necessary for a college to promote itself, but administrators must also recognize that self-promotion comes at a cost. The cat is out of the bag; all colleges have a certain pull factor, a program or major that lures more students than the rest of the majors.

The issue with this lies in how a college handles the success of such a popular and booming pull? Does it threaten the overall success of the school? Are the less popular majors neglected attention? These are reasonably difficult questions to answer, but even the answers may not be so important. Instead, the importance lies in the hands of a college’s managerial execution of its “pull.”

If we allow media praise to become the decoration for our college scenery, then that’s all our college is. The less press that is produced by a college, the more a college has to say for its other departments. The press we should praise should be generated organically, through achievements.

Our concern should be based on the composition of a college. Colleges seek funding for upkeep, to expand and offer its services, guaranteeing its longevity and profitability. Sometimes, the less prosperous departments can help determine the quality of a university.

No college can be known for only one department; such a college would be derided as a novelty and function like a trade school. A college or university must be neutral and supportive to all departments and never show signs of favoritism.

If favoritism is shown, then the university or college has forged its own death as a quality institution. Is the popularized department worth more focus than unpopular departments at a college? And is praise given to a departments of a college a mere convention of the press and worth the time of a college to pronounce such praise? Because all praise is opinionated, it cannot be fact-based; therefore, it is from the origin of a publication, and not fact.

No college is truly “number one” in any manner. It simply cannot exist. There is no solid proof to define a college’s most popular department “number one” if evidence for it is from one outlet. It’s like Roger Ebert giving “Forrest Gump” a four-star review; it has value, but I don’t see the recommendation as fact, only a suggestion.

Any praise a college receives is worthless unless it benefits the system as a whole. Only when there is ample attention to all the needs of departments is it a ‘fair’ education; fair and of high quality.

As for praise reviews go, it’s not necessary for a college to remind its community of it’s done. It’s weak, as if that specific institution is somehow insecure.

What is the first thing we say to the flashy, sports car driver who cuts you off — that he’s overcompensating for something.

If a college is pronouncing such high praise over and over again, then it may look like that college is overcompensating for something. There is no need for that. There’s no need for a constant reminder of good work. There’s no need to expose weakness so boldly. Hearsay and word-of-mouth tend to elevate or ruin institutions. It can spread a rumor and negatively impact these institutions or garner interest.

If a college finds itself in such a lucky position to naturally hold such high praise where, even if it’s published or not, it is so “it” and so great, then it is just that. That would be a fact. I made my collegiate decisions on reputation by word-of-mouth, mainly from former students.

If we allow media praise to become the decoration for our college scenery, then in some way, that’s all it is. The less press that is reproduced by a college, the more a college has to say for its other departments and the opportunity for a fairer education starts.