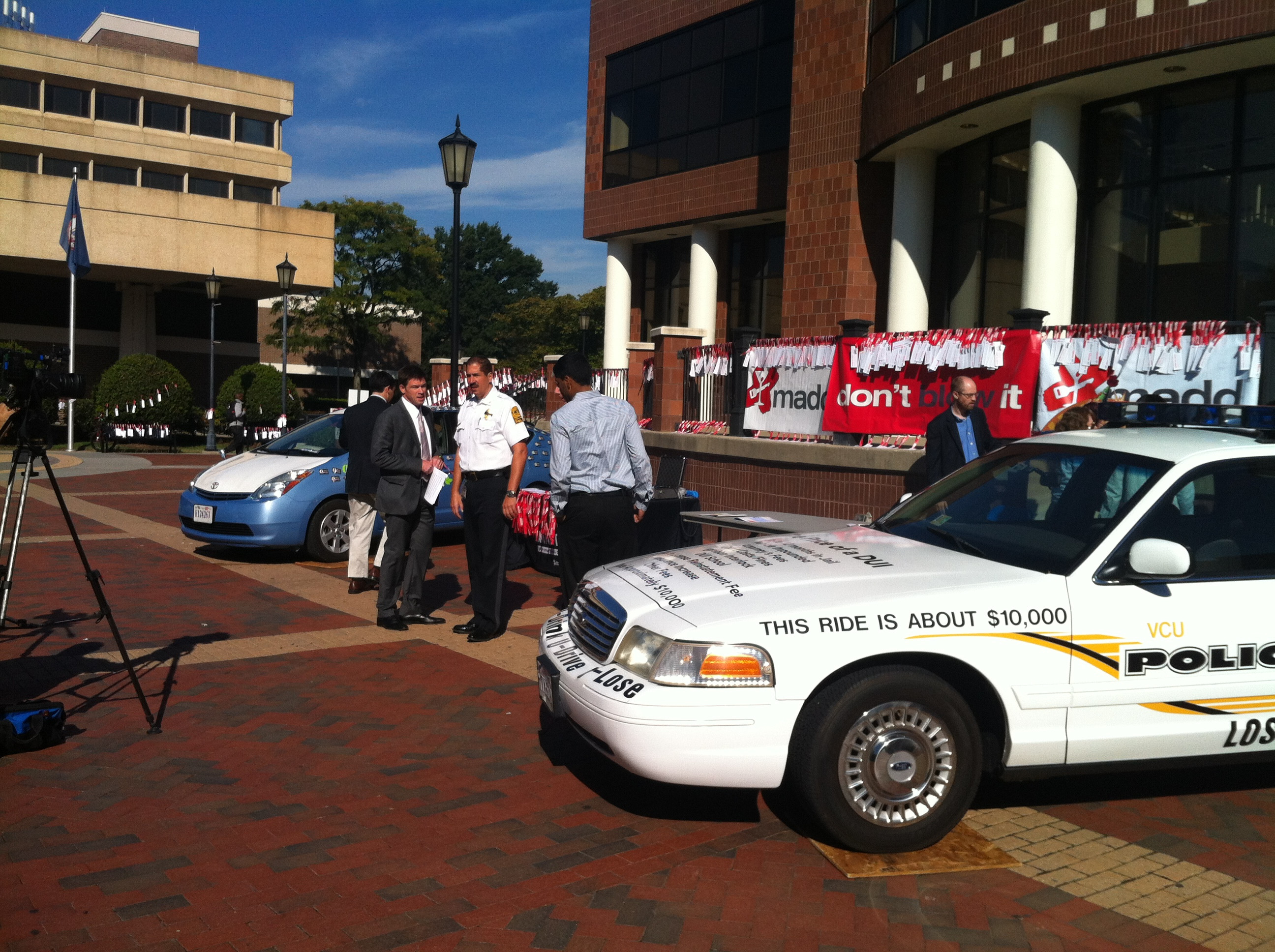 Students and volunteers helped canvass the Commons Plaza in red ribbons as part of MADD’s “Don’t Blow It” campaign. Students started at 7:00 a.m. on Sep. 25 and tied ribbons with drunk driving information cards on the benches, railing and trees of the plaza.

Sabrina Sperlazza, a junior biochemistry major and a member of the Alpha Xi Delta sorority, said she volunteered for the event because she understands the impact that drunk driving accidents have on the victims and their offenders.

“I know a lot of people who have been affected by drunk driving from both sides,” she said. “A lot of things in life change when an accident happens … it’s a pretty selfish move to drink and drive.”

At 10:00 a.m., information tables were set up by the Well, MADD, and the VCU PD in the Commons Plaza. Also present was a Napoleon taxicab and VCU PD’s Win or Lose Cruiser, the  half-taxi, half-police vehicle that was created last year during a drunken driving awareness campaign in honor of lost student Carolina Perez.

According to VCU police chief John Venuti, arrests by the VCU PD involving driving under the influence are increasing.

“Fortunately, a large majority of the DUI arrests my officers have made did not involve students as the offender,” Venuti said. “They involved people who have made a terrible decision to drink and drive and pass through this community … DUI is one of those crimes that is one hundred percent preventable and can lead to a life altering event in the snap of a finger.”

MADD’s “Don’t Blow it” campaign is a continuation of one of MADD’s oldest awareness campaigns, the “Tie One On for Safety Campaign,” said Christopher Konschak, manager of the Virginia branch of MADD.

“‘The Tie One On For Safety Campaign’ encourages people to tie a red ribbon around their vehicle as a pledge to drive safe, sober and buckle up,” Konschak said. “Now, we tie these ribbons around the Commons Plaza as a visual spectacle to remind students to avoid driving under the influence.”

Konschak said there were 1,127 alcohol related crashes in Richmond, Chesterfield, Hanover, Henrico and Colonial Heights in 2012, including 19 fatalities and 720 injuries.