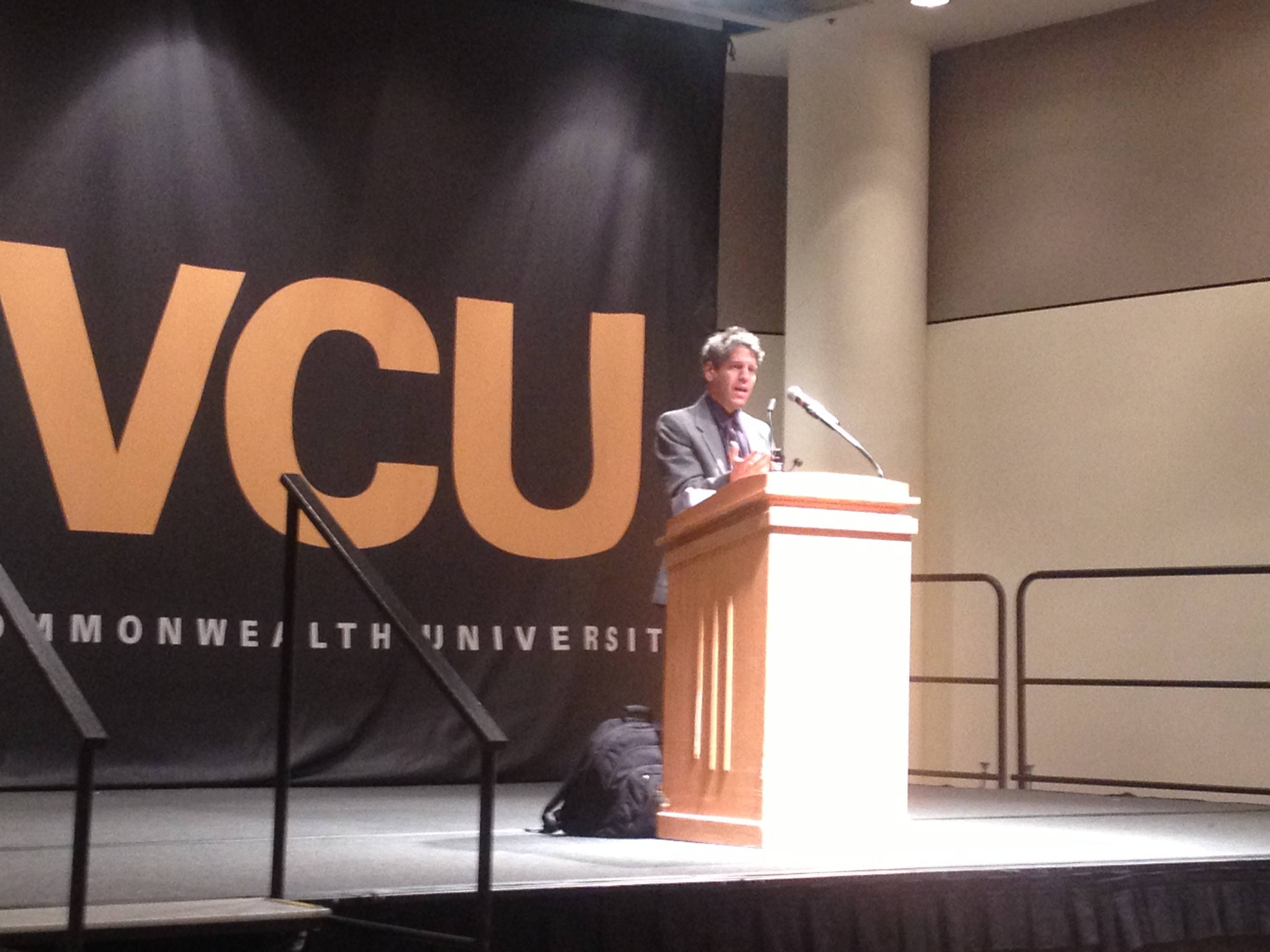 Paul Loeb, an American social and political activist and author of Soul of a Citizen, lectured to students on the importance of getting involved to create a positive social change during a special lecture event celebrating Constitution Day on Tuesday, Sep. 17.

Loeb focused on the importance of student voice and voting during the speech in the Commons Ballroom.

“When you get involved you’re engaged for a cause, but you’re also doing something equally as powerful,” he said. “You’re bringing people into a string of involvement.”

But Loeb also said many students don’t get involved because they’re not sure of how or where to start. He said students should force themselves to get involved in social change now, not later.

“When you’re acting, you’re acting for a goal, but you’re also acting to get a string of others involved,” Loeb said. “You never know when you’re going to bring people in.”

Alison Haynie, a senior international studies major, said she has struggled to get involved because of the same uncertainty Loeb described.

“His point on how you don’t know how many people you will affect by joining something yourself, and how many people will get pulled into that stream that evolves, and what effects they could make was a really interesting concept,” she said.

Loeb said students have serious power through their voice and their ability to vote.

“You never know how close the election will be,” he said. “Always assume it’s going to be close, and assume your vote will matter.”

Michael Walker, a sophomore at VCU, said he agreed with Loeb’s opinion on this idea of persistence with political and social engagement.

“We think of politics as a one-event, one-time thing like the presidential election, and then once that passes, it’s over,” he said. “But you want to stand with it and be involved for the long term.”

With election day in 12 weeks, Loeb told students to do their research, find out what each candidate believes, and then make a decision.

“See if it’s about money or corruption, find out their stance and then whatever position you have on whatever candidate, you’ve got to make that choice–because if you don’t, who does?” he said.