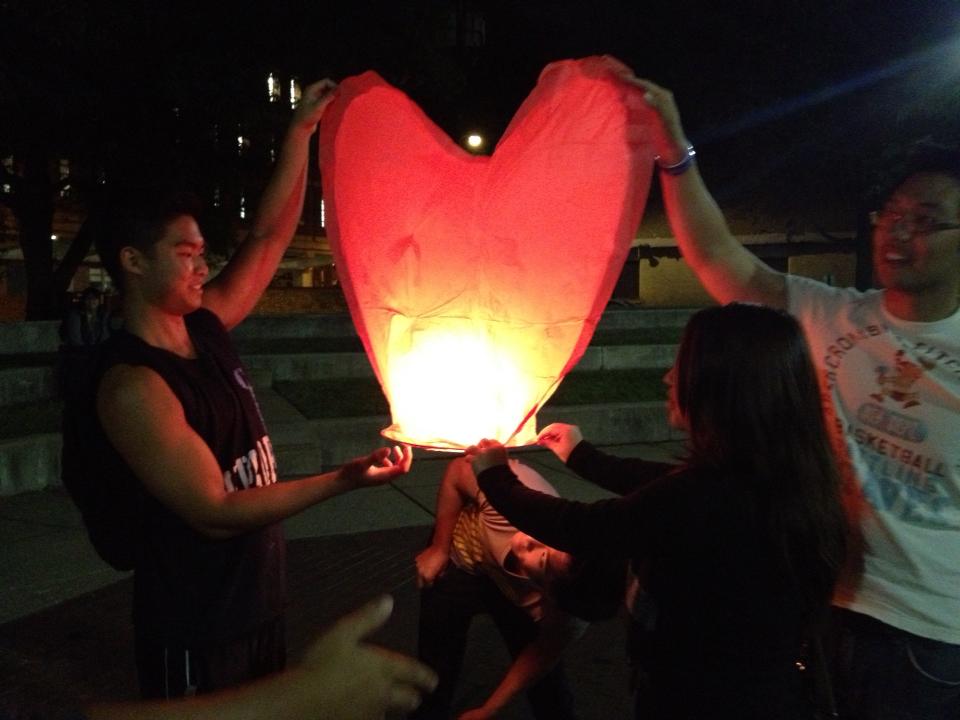 The new Joint Asian Organization celebrated the Mid-Autumn Festival, or Moon Festival, in the amphitheater behind Hibbs Hall Thursday night.

“Mid autumn festival is basically a celebration on the fifteenth day of the eighth month of the lunar calendar,” said Jenny Le,  a junior English major who serves as the Vietnamese Student Association’s culture chairperson. “It’s a day when the moon is at its brightest (and) fullest.”

Guests had the chance to eat some of the traditional foods associated with the holiday, including dumplings, moon cakes, soy milk, and guava candy.

The mid autumn festival is also known as Children’s Day in Vietnam. It signifies the end of the harvest and a time when parents make sure to spend time with their children and family.

“I’m Filipino, Japanese and white and I’m not really cultured as a person,” said senior chemistry major Michael Caldwell. “Seeing this is kind of cool; it’s educating me on the culture of Asian backgrounds.”

The festival also included storytelling, which saw students of different cultures tell myths behind the festival in respect to their own culture.

“We’re all from different ethnic backgrounds like CSA, … Filipino Americans Coming Together we’ve got a lot of Vietnamese Association students and we got two Asian interest fraternities, we’ve all come together celebrating this,” Caldwell said.

JAO is an organization that brings all Asian organizations, clubs and fraternities such as Alpha Kappa Delta Phi, CSA, KASA, FACT, VSA and Lambda Phi Epsilon together for more interaction and unification between the separate clubs.