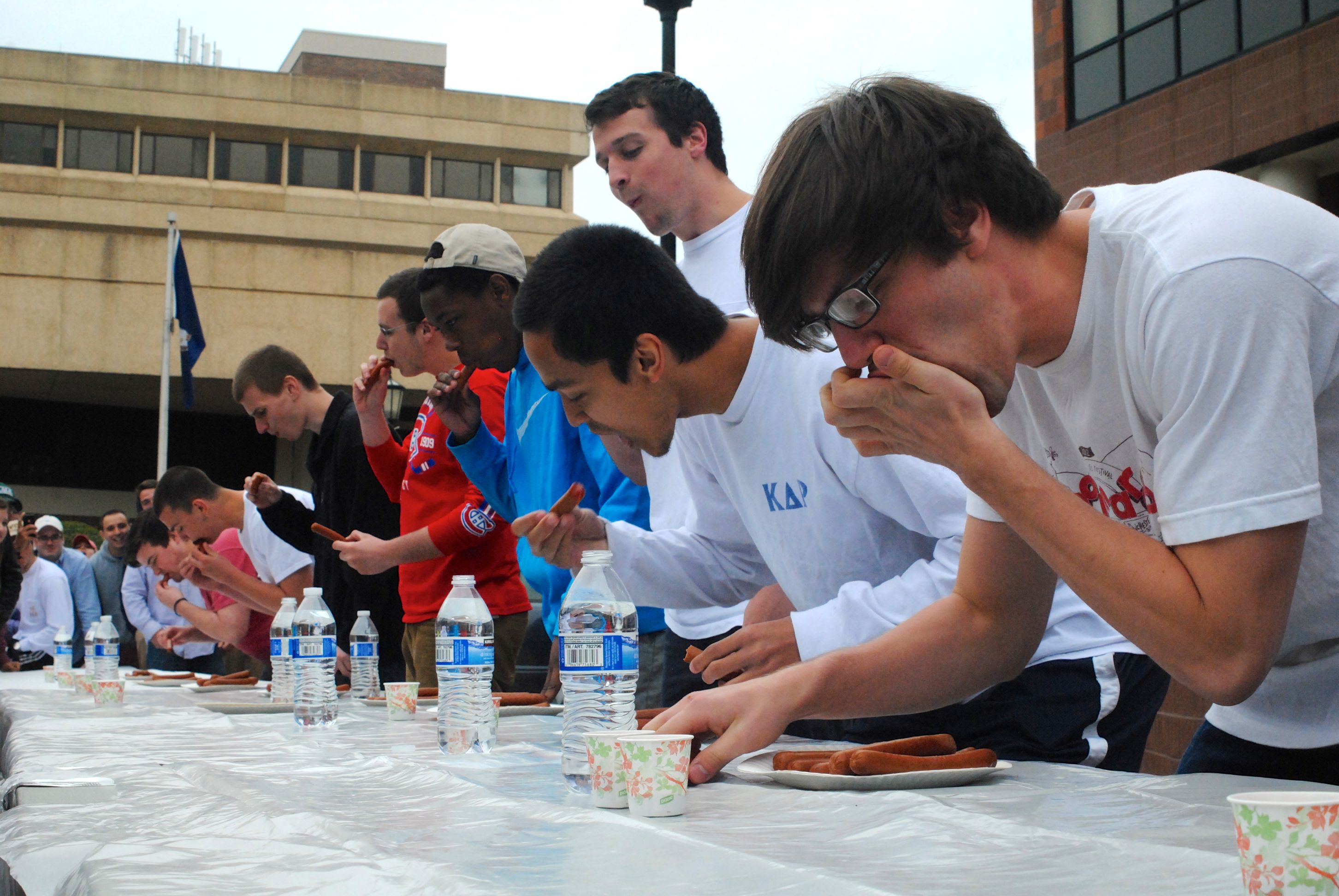 All the money raised at the event went to Save a Child’s Heart, an Israeli charity dedicated to helping children with heart disease. Alpha Epsilon Pi’s national organization has pledged to donate $100,000 to seven charities over seven years for a total of $700,000.

The large crowd in attendance at the hot dog eating contest also found a number of other attractions. Games such as the “Corn Dog Hole” and the “Hot Dog Ring Toss” were available to play for a few dollars. There was also a raffle for a Chromecast Google TV.

The winner of the women’s trophy was a team representing Sigma Sigma Sigma who ate 25 hot dogs.

Festivities began with the unveiling of the trophies and a ceremonial first bite followed by “let the feast begin,” announced after the bite was taken.

“I feel like death and I’m nauseous,” said Allyssa King, a sophomore business chain and supply management major. “And they were cold, so that was no fun.”

Some students participating in the event had been anticipating the day for months.

“We’ve been training for months,” said Jacob Echard a sophomore accounting major. “We would go to Shafer and eat as much as possible three times a day.”

“We started planning a couple months ago,” said Scott Porshe, the president of Alpha Epsilon Pi.