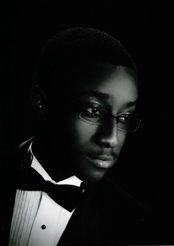 VCU student Kelechi Kingsley Uchella, 21, died Thursday, April 3, according to the Office of the Chief Medical Examiner of Virginia.

Uchella was from Springfield, Va. and graduated from Robert E. Lee High School in 2011. He played forward on the varsity soccer team.

“Kelechi was always a kind, thoughtful, respectful, smart and talented boy, and then young man. His quiet confidence and commitment to the team never wavered. I cannot believe he has passed away so young,” said Brian Bieron, a former soccer coach of Uchella’s, on the Cedar Hill Funeral Home website.

“He was a really quiet and reserved kid, and he had a passion for soccer,” said Kevin Parada, a classmate who graduated high school with Uchella.

Suicide is the leading cause of death among college students, ahead of alcohol related deaths each year, according to an American Public Health Association study from 2011. VCU students may use University Counseling Services or call 1-800-784-2433 for immediate help.