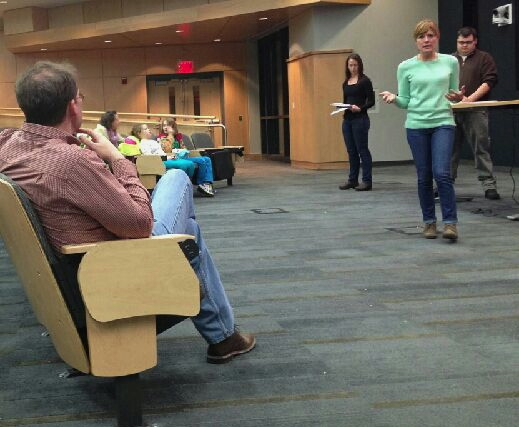 The stories of nine girls who fought against economical and cultural trials for the chance to get an education was shared in a public community screening Friday night in the Academic Learning Center.

About 30 guests watched the hour and 45 minute screening of the documentary “Girl Rising.” The film is also the name of a worldwide movement to increase the number of girls who receive and education, said event organizer and education doctoral student Amanda Hall. The film was sponsored by the Women in the World foundation.

“There was a group of journalists that were discussing poverty and what they found out was that actually the best way to combat global poverty around the world was to educate girls,” Hall said. “For example, in India alone, if India educated 1 percent of their females with their secondary schools, it would increase their gross domestic product by about 5.5 billion dollars.”

The screening brought the movement to not only VCU, but the Richmond community to raise awareness of social justice issues overseas and what can be done about them, Hall said.

“It shows some really dark reality, from human trafficking to slavery to violence against women, but it also shows that there needs to be a conversation and that change is important,” she said.

The girls featured in the film highlighted their lives in the countries of Cambodia, Haiti, Nepal, Egypt, Ethiopia, India, Peru, Sierra Leone and Afghanistan. The film touched on issues such as child marriages, poverty, death in childbirth and slavery.

“Our goal is that [people leave] here inspired, and empowered and encouraged to make a change, to do something in your own community,” Hall said. “Yes these stories are from around the world but you know what, there’s a lot to do in Richmond.”

The movie was intended to educate and bring awareness but also to “spark a conversation” within the community, Hall said.

“It touched me on a personal level because I have a 20-year-old daughter,” said event volunteer and education doctoral student Patrice Wilson. “I can definitely relate to the challenges and struggles that women have in general, but then when you have cultural and economical challenges … you see it in a whole new light.”

The film showing was sponsored by VCU School of Education, the Division of Community engagement and the Association of Aspiring Leaders in Education Hall said.