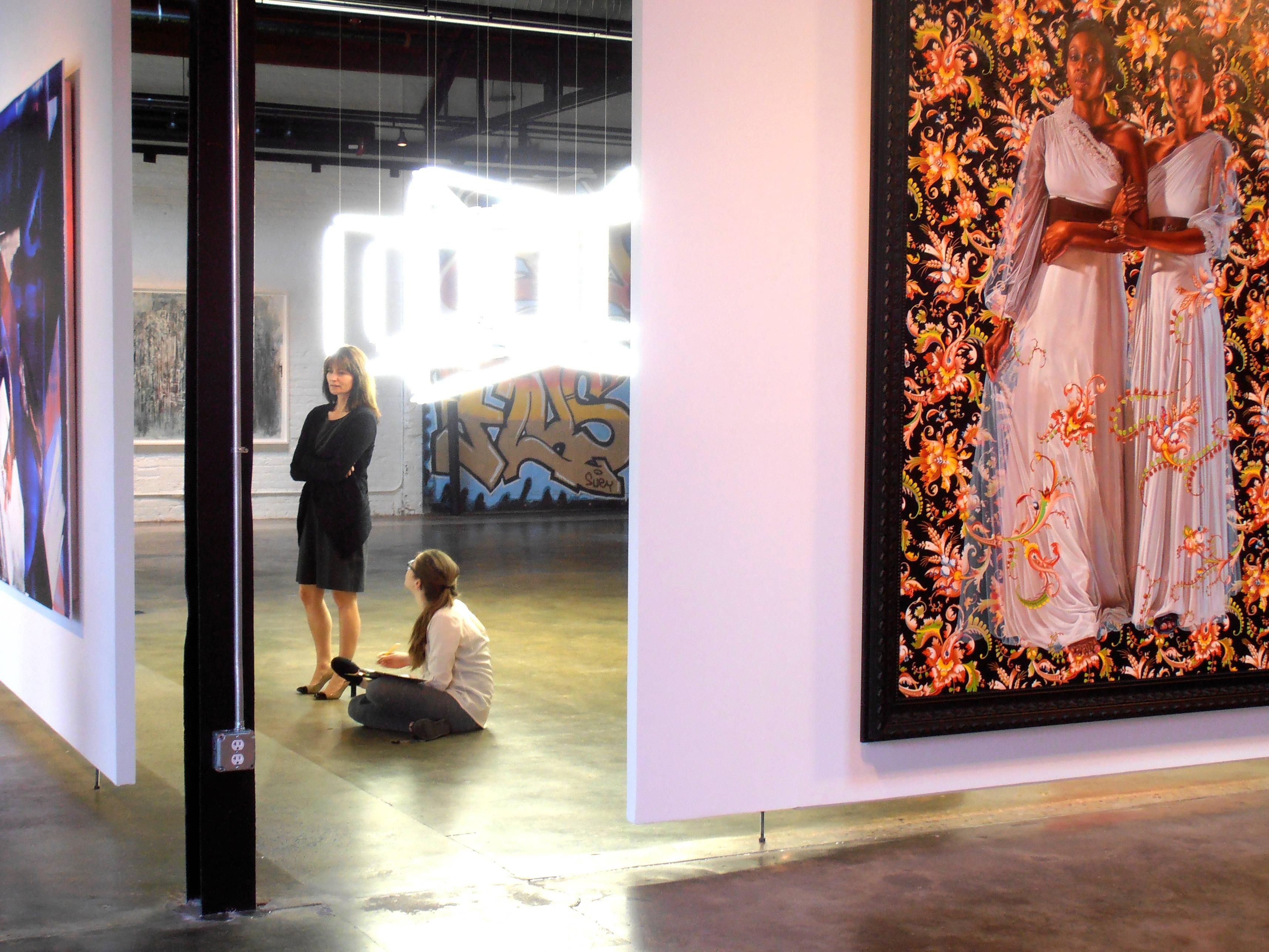 Investigation Now consists of 10 three-hour sessions. This year, the sessions will begin in February and run on Friday evenings from 4-7 p.m.

“So this is a program that I started last year. It’s built for area eighth and ninth grade students and the idea is that as a group we look at local contemporary artists, especially VCU professors and students, and we look at the ideas and themes in the works and use those in our own work,” said Meredith Hertel, a December graduate of VCU’s art education graduate program and the founder of Investigation Now.

“Last year we visited the Try-me gallery, which isn’t open to the public, and they let me and my students to come into the building to pick artwork that really resonated with them,” Hertel said. “From that, they wrote a poem (to) perform in front of a video camera, and we used green screen technology and picked an image (for the video).”

With the help of other volunteers, her students explored First Fridays to look at local artwork. Hertel said they have studied animation, spoken-word poetry in response to contemporary artworks and group insulation pieces.

“It’s a lot of (us) working together, and it’s a really awesome experience,” Hertel said. “I’m really looking forward to it this semester.”

Hertel began the program as a brainstorm with the head of the Department of Art Education, Sara Wilson McKay. The department has an art program available to younger students during the summer but Hertel wanted to do something during the school year as well.

“I really like middle-schoolers,” Hertel said. “I think they’re a cool age group, and we wanted to focus on local artists and VCU artists because they’re coming to VCU for the class. I’m hoping that this semester we might get some of the artists to come in and talk with the kids about their stuff.”

Hertel said she hopes the department will eventually be able to offer children scholarships to participate in the $150 program. Students who receive free and reduced lunch sometimes get a discount Hertel said.

“It’s really cool (because) the kids don’t know each other,” Hertel said. “At this point it’s first-come, first-serve. I (contacted) art teachers because it really is art-based and I feel like they know  and can solicit their students. I don’t care about their grades or anything but I am interested in what schools they’re coming from.”

Many VCU faculty members enroll their children in the program, and the school is professionally interconnected, Hertel said. This year’s class will cap at 15 students because she is the sole instructor. In the future, with more than one instructor, the program could enroll 30 or 40 students.

“Last year, I didn’t make any money for the program because I was a grad student, so it went to the department and they made a very small profit,” Hertel said. “This year, I’ll make a little bit because we’re trying to make it a self-sustaining thing, but hopefully in the future we can give some money back to the department.”

Hertel attended University of Pittsburgh for her undergraduate degree in fine arts and art history and hopes to find a permanent job in art education. She said she is also interested in community programming and institutions such as museums.