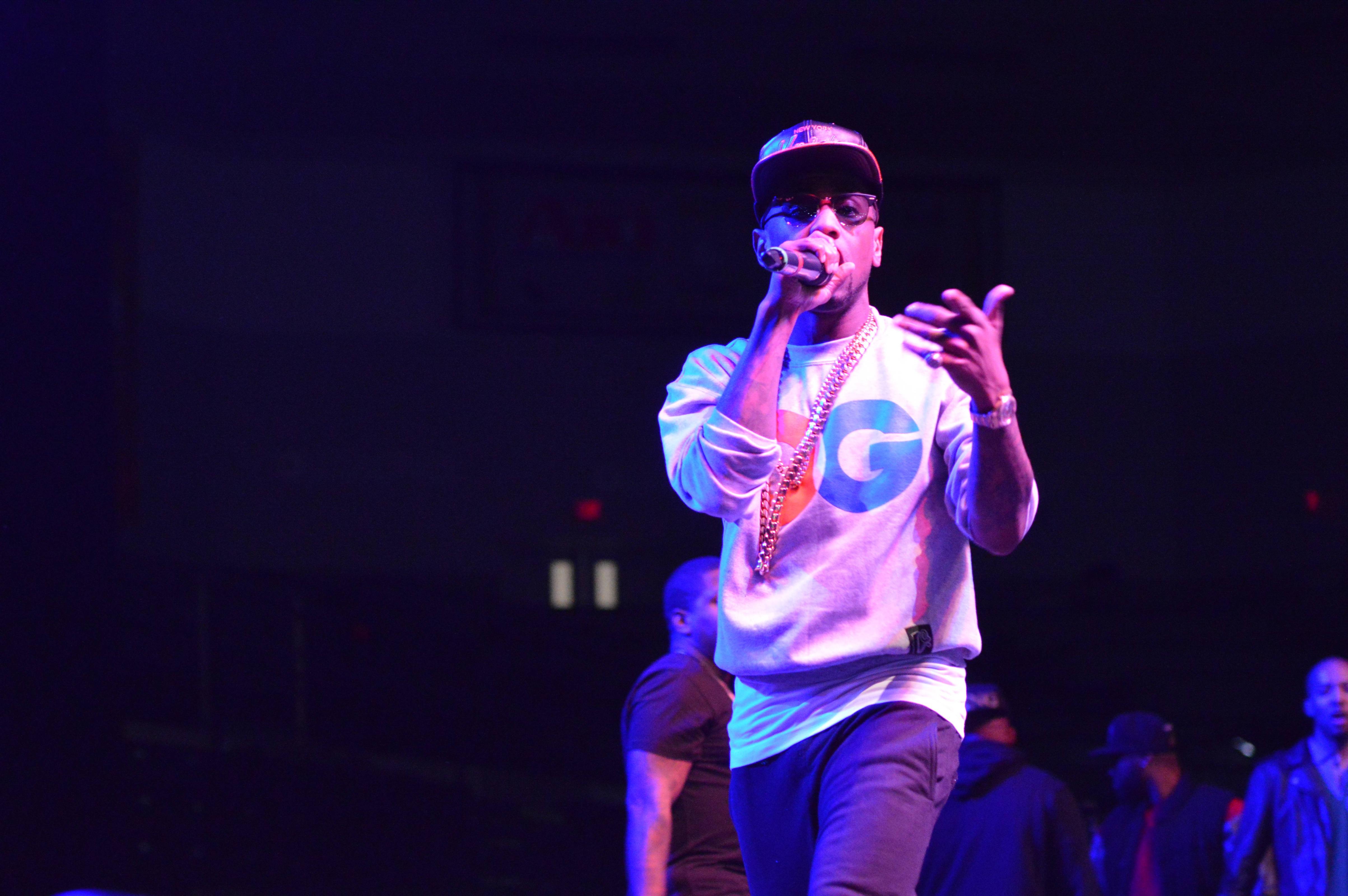 Mercado is one of three artistic directors of the dance group Blank Canvas.

“Something we want people to take from our performance (at the homecoming concert) is don’t be afraid to experiment or try new things,” Mercado said. “If you’re interested in dance be aware that there are opportunities all around you so just look for it.”

This is the first year students were able to perform during the homecoming concert. Each student performer was given approximately five minutes on stage before the main acts.

“My friends were up there and I was rooting for them, they did really good,” said sophomore elementary education major Nichole LeGall about the student performers.

LeGall said she would like to see more student performers next year, and said she preferred this year’s concert to the 2013 concert featuring ASAP Rocky.

“You missed out on a great show, ’90s babies would have loved it,” LeGall said.

John David Jackson, known by his stage name Fabolous, performed last at the concert, performing famous track such as “Breathe,” “Can’t Let You Go,” and “Throw It In The Bag.”

Although VCU students voted on top artists from the selected genres on a university poll in myVCU portal, featured artists were chosen for the concert based on cost and availability of the artists, Walker said in an email.

The story has been updated from a previous version that incorrectly estimated about 1,500 students attended the concert.