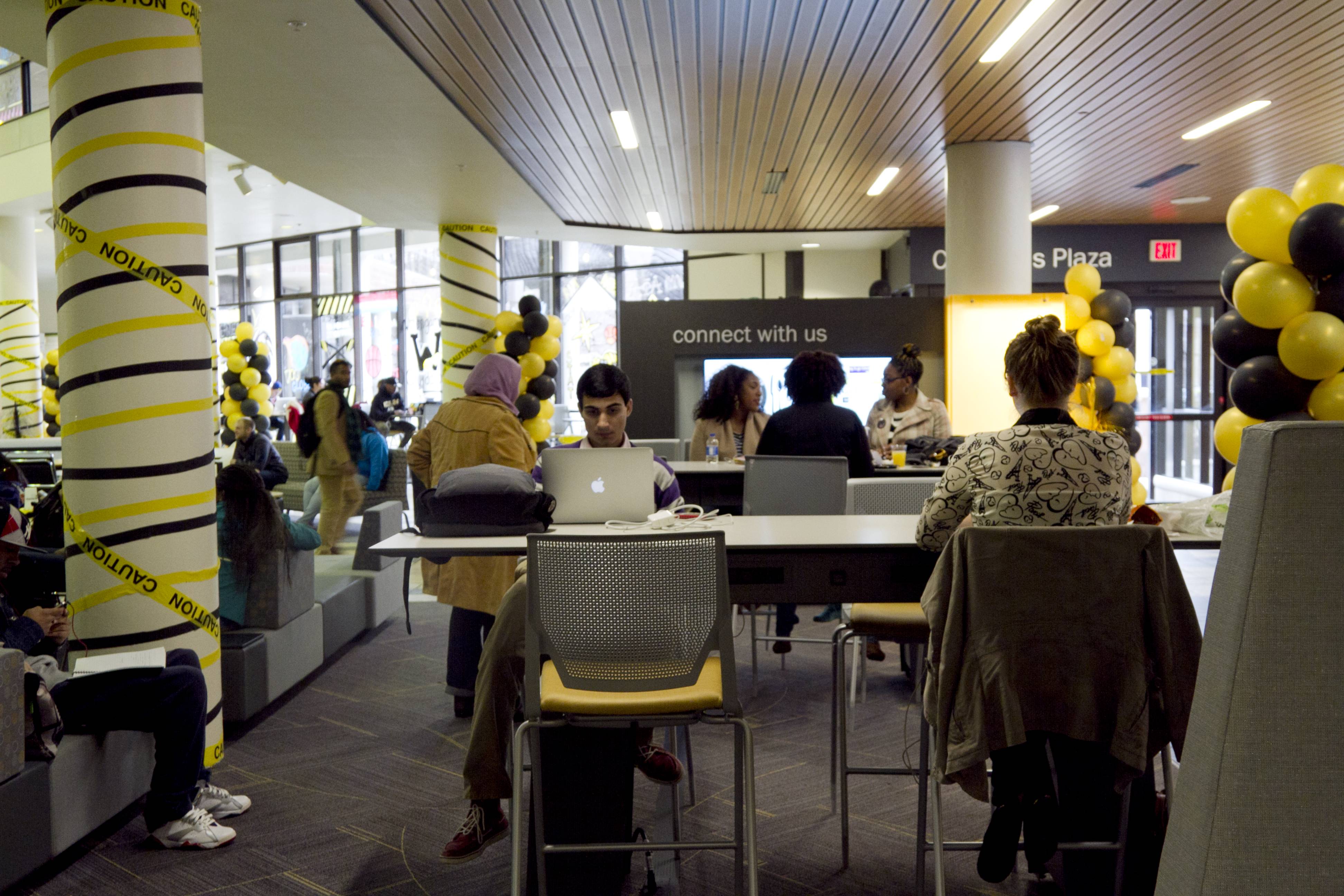 Returning students may have noticed some changes around the University Student Commons this week. The Commons underwent an estimated $481,000 renovation during the winter break.

The Commons staff worked with Virginia-based company KSA Interiors on the renovation project that began last summer, according to director Jeremy Schenk. The newest renovations include new automatic sliding doors on the Floyd Street entrance, new LED lit signs, a rebuilt information desk and new furniture on the first floor of the building.

The first floor has 126 seats for students, an increase from 102 seats, excluding the chairs in front of the Provisions On Demand store.  More than 70 percent of the new seats, including couches and table areas, have access to power outlets and charging stations, Schenk said.

The Commons has the most foot traffic of any building on campus and saw approximately 1.7 million people through its doors last year, Schenk said.

“VCU has a lot of traffic, there’s a lot of students that come through the door here,” said Sara Lasseter, project manager for the renovation with KSA Interiors. “Every decision that was made that might have been the easiest most direct way to design something was an answer to maintenance, durability, housekeeping but also keeping the ascetic level up.”

But some students are not impressed by the new furniture. Bridgette Taylor, a senior psychology and gender studies student, said some of the new furniture is less accessible for her and other students with disabilities.

“I can’t sit in those, I know lots of people that can’t,” Taylor said of the new, high-standing chairs. Taylor suffers from chronic leg pain and tries to limit excess effort when getting around.

“It would be great if they could make things more accessible. I swear it’s like they don’t even think about it,” she said.

In the next few years, Schenk said he plans to update the audio and video technology in the building’s theater, as well as change the furniture on the second floor and expand the available space for student groups.

“You always should be doing a little bit of renovation here and there but they all won’t feel like this one did,” Schenk said. “It’s nice to have the shiny stuff that people notice, because most of the time you’re doing stuff that people don’t notice but it’s essential for the building to work.”

The Commons celebrates its 30th anniversary on Friday, Jan. 17.