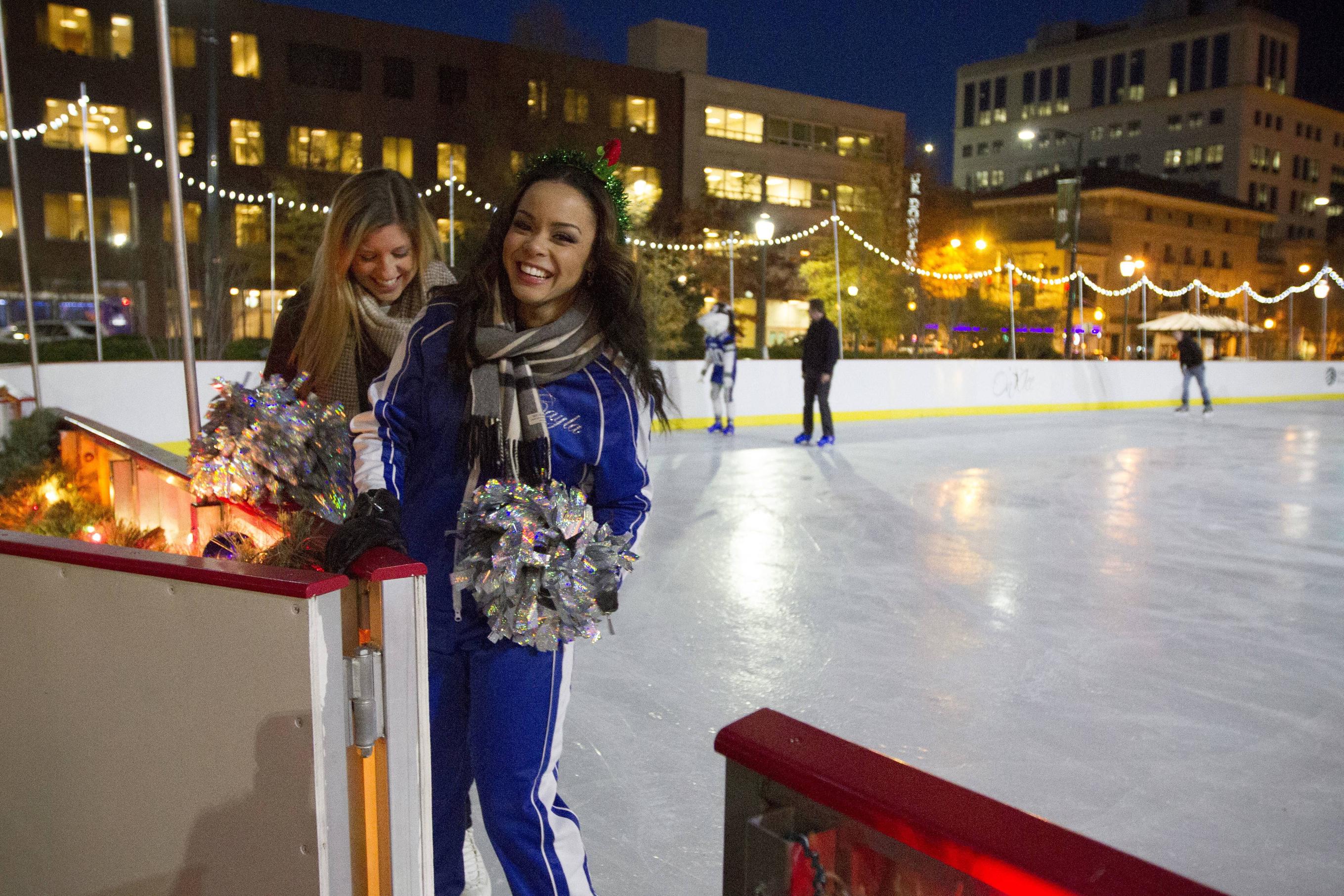 As students buckle down for final exams, some Richmond residents are getting into the holiday spirit at RVA on Ice, a seasonal outdoor ice rink at 6th and E. Broad Streets.

This is the fourth year of RVA on Ice since its start in the winter of 2010. On Saturday Nov. 23, the rink saw approximately 300 visitors for its opening night. An estimated 30,000 came last season, said RVA on Ice spokesperson Cindy Creasy.

On Monday evening, Nov. 25, Mayor Dwight C. Jones spoke at the official opening ceremony followed by a ribbon cutting, marking the official start of the RVA on Ice Season, which runs through Jan. 20, 2014.

“There’s a lot of energy in Richmond, and Richmond is doing things that are attracting families and younger generations. This is one of the things that I think is a very attractive cultural amenity that we look forward to every year,” Jones said.

The ice rink is rebuilt each year in the parking lot on East Broad Street between 6th and 7th Streets. Funding for construction and maintenance of the rink in addition to keeping RVA on Ice running as a business is sponsored by organizations including Richmond CenterStage Foundation, SMG Richmond, Venture Richmond, Richmond Flying Squirrels and March of Dimes.

Hanna Shackleford said she came to the opening ceremony to try her skills at ice skating. “I just moved here this year … I love ice skating so I was super excited,” she said.