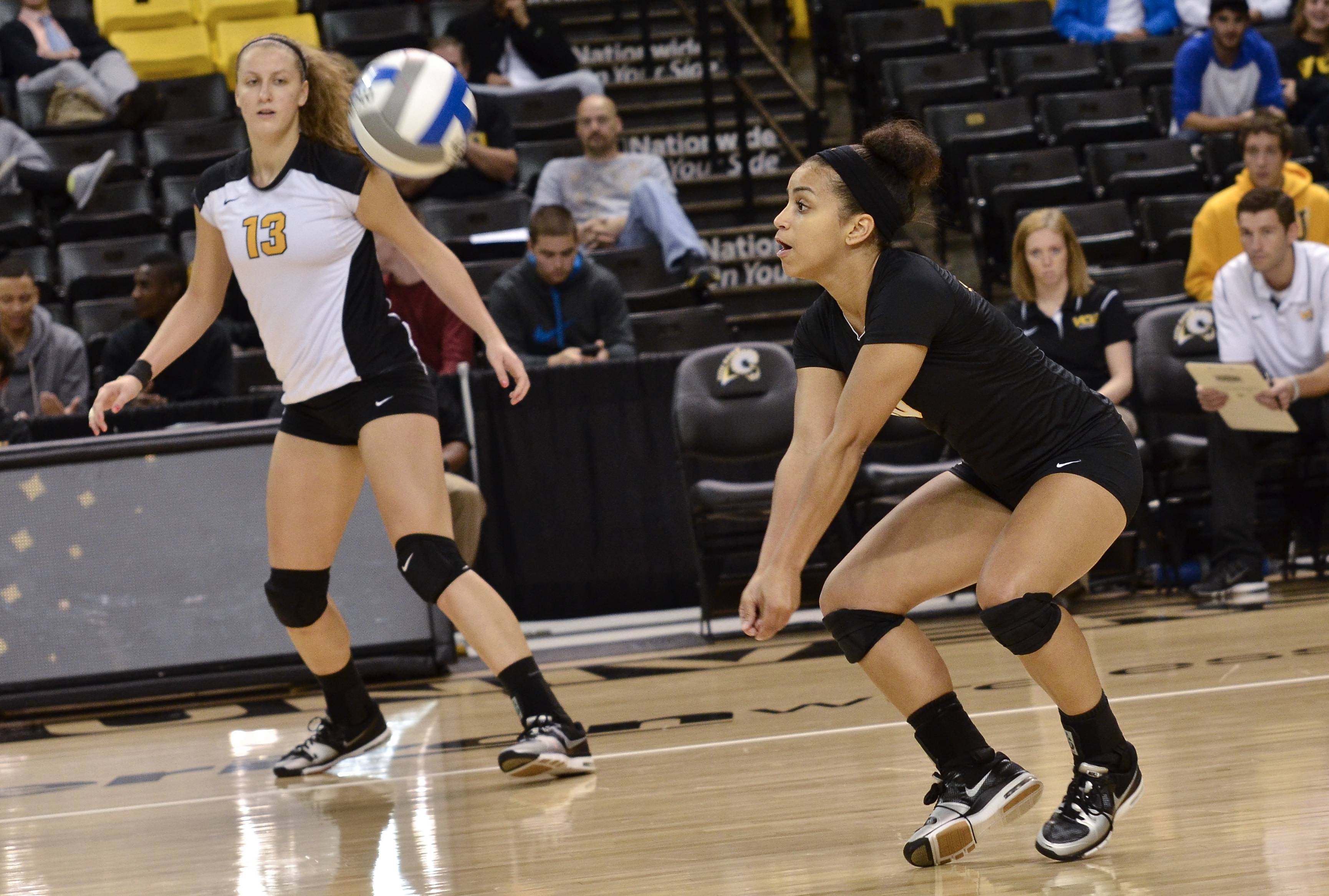 With a 0-3 loss at Saint Louis this past Saturday, the VCU volleyball team snapped its seven-match winning streak and dropped its record to 11-2 in the Atlantic 10 and 24-6 overall.

Even with the loss, the Lady Rams maintain sole possession of first place in the conference standings with just one regular season game remaining. A Nov. 15 match up with the A-10’s second-ranked Duquesne University Dukes serves as VCU’s final tuneup before postseason play.

Sophomore outside hitter Romana Kriskova broke VCU’s single-season record for kills and finished with 13 on the night, but the Lady Rams lost in consecutive sets for just the second time all season. Kriskova’s 13 kills gave her 553 on the year, surpassing Ludmila Francescattos’s mark of 549 from 2006.

The recently-broken win streak reached six games on Friday, Nov. 1, when the Lady Rams downed La Salle University by a score of 3-0. VCU made quick work of the Explorers, and La Salle never scored more than 15 points in a game. Junior libero Amanda Love led the Rams with 20 digs on the night she was honored for her 1,000th career dig as a Ram.

The offense clicked on all cylinders, with sophomore outside hitter Kalah Jones recording 14 kills and Kriskova firing off 13 kills of her own throughout the match.

Two days later, the Lady Rams took on Rhode Island University on Sunday, Nov. 3. VCU was pushed to the brink late in set one after RIU rallied back from a 14-7 deficit. The Rhody women took a 24-23 lead before the Lady Rams overcame two set points to capture the set by way of two straight kills from Jones.

VCU then cruised past Rhode Island with 25-17 and 25-8 victories in sets two and three to complete the sweep. The team out-blocked Rhode Island 10.5 to two on its way to its seventh consecutive victory and 14th win in 15 matches. Jones registered 12 kills and Kriskova delivered 12 of her own as VCU dominated on offense.

Junior Amanda Love picked up the pace defensively with 16 digs while sophomore outside hitter Uzoamaka Ibeh and junior middle blocker Janelle Sykes added 12 blocks to shut down any offensive productivity by Rhode Island.

In the absence of junior setter Cecilia Aragao, who suffered a season-ending torn ACL in late September, redshirt freshman setter Kaitlyn LaMantia has stepped up her game and kept the Lady Rams’ offensive production stable. In her last three games, LaMantia has effectively moved the ball to the power hitters and racked up 98 assists.

Sykes has now recorded the fourth-most blocks in a single season in school history. She has 155 blocks with two games and the postseason remaining.

The Lady Rams remain undefeated at home, winning all nine matches. Even though the team has a winning record (8-4) on the road, it has been especially stifling to opponents at the Siegel Center. The Lady Rams have surrendered just two sets to opponents at home all year.

A victory against Duquesne in the final regular season contest would equal VCU’s win total (25) from last year. The Dukes figure to provide the Lady Rams with one of their toughest conference matches of the year, but coach Rogers’ team downed the Dukes 3-2 in Pittsburgh, Penn. on Sept. 29.