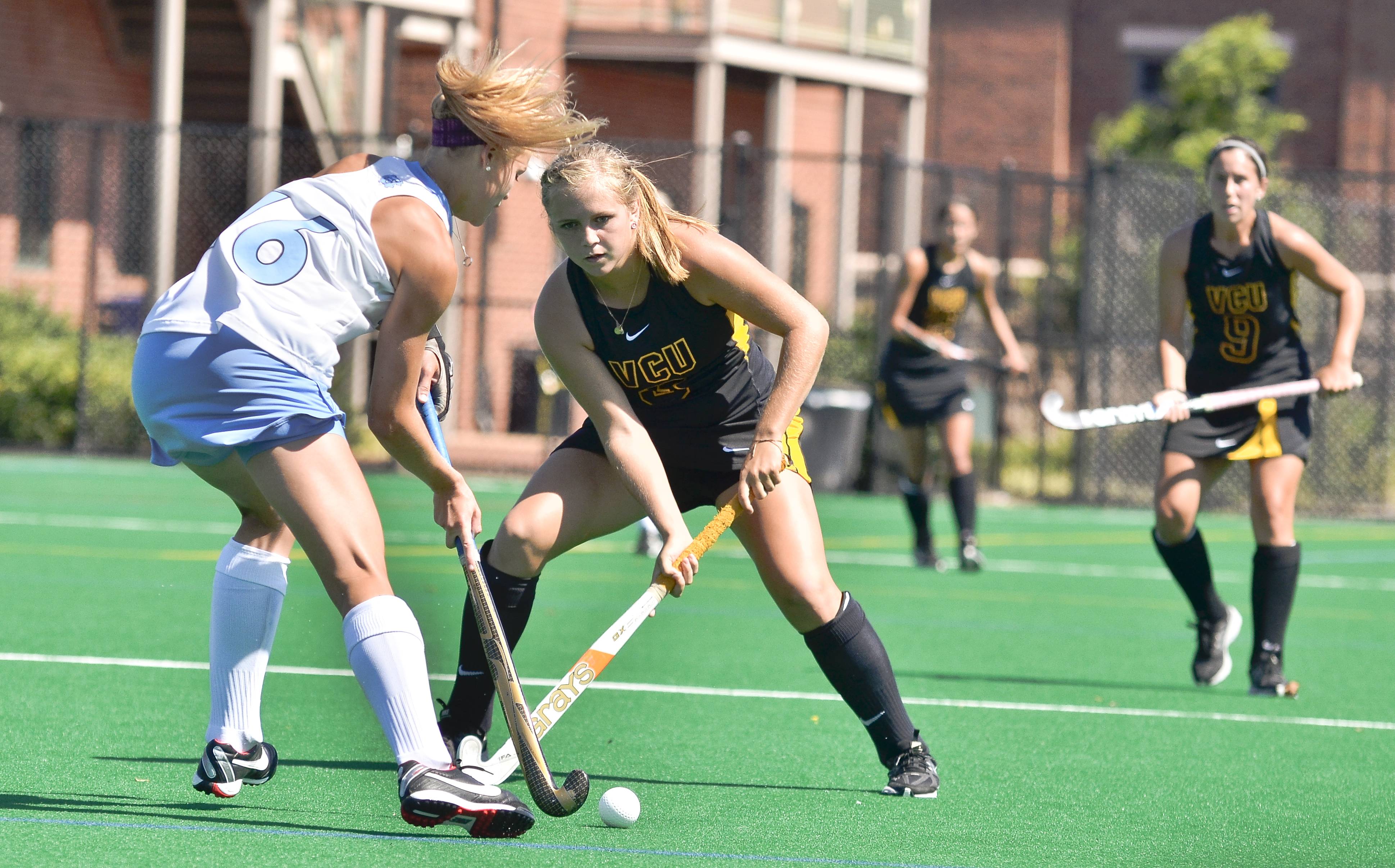 The VCU field hockey team lost a 1-0 double-overtime heartbreaker to No. 12 University of Massachusetts in the first round of the Atlantic 10 Tournament on Friday, Nov. 8.

Head coach Laura Baker’s first season with the Lady Rams came to a bittersweet conclusion after VCU won consecutive games against Saint Joseph’s University and La Salle University in the final two matches of the regular season to vault the team into postseason play.

Senior goalkeeper Megan Botteri saved her best performance for last, totaling a career-high 19 saves against the top-seeded Minutewomen. She stifled the nation’s fifth-ranked offense for more than 90 minutes, but Lauren Allymohamed scored just more than five minutes into the second overtime period. Botteri’s 19 saves were the third-most in a single game in program history.

The Lady Rams managed just four shots on the afternoon, none of which were registered on target. Meanwhile, U.Mass., who averaged 3.52 goals per contest in the regular season, barraged the VCU defense with 34 shots, 20 of which landed on goal.

After the game, Baker expressed pride in her team’s effort.

“I couldn’t be more proud of this group of student-athletes,” Baker told VCU Athletics. “Against a very talented U.Mass. team, they played with heart, determination and resilience all day long. It was a tremendous effort. Our seniors set the tone like they had all four years of their careers. They will definitely be missed and helped changed the culture of VCU field hockey.”

The Lady Rams solidified their berth into the A-10 Championships as the No. 4 seed with their 3-2 overtime victory against La Salle on Sunday, Nov. 3.

Coming off a strong defensive effort and a 1-0 victory against Saint Joseph’s on Nov. 1, VCU entered Sunday’s match against La Salle with sights set on postseason play. The defensive efforts continued for much of the first half, but Baker’s team broke through in the second frame.

Freshman forward Alexis Schramm netted a Stephanie DeMasi corner in the 46th minute, giving the Lady Rams a 1-0 lead. However, La Salle responded with a pair of goals in the 59th and 61st minutes respectively, leaving VCU just nine minutes of regulation to salvage its season.

About five minutes later, Schramm evened the score at two apiece and pushed the Explorers into overtime. There, the Lady Rams would capitalize on an offensive attack in the 75th minute of play, when DeMasi netted a game-winning goal and propelled VCU into the A-10 Championships.

The senior defensive captain was pleased to make a difference on her home turf.

“Today’s game was such an incredible way to finish my last home game at Cary Street Field,” DeMasi said.

After the game, Baker spoke to the excitement involved with the overtime thriller.

“This was a make or break game and we never stopped fighting,” she said. “We’re excited about the opportunity to play for an Atlantic 10 Championship.”

Unfortunately, the excitement stalled with a second defeat at the hands of a nationally-ranked U.Mass. team in as many weeks. The Minutewomen also topped the Lady Rams 3-1 in Amherst, Mass. on Nov. 27.

Looking ahead to next season, Baker said she would like the team to hold the same standard of seeking to qualify for the A-10 Championship.