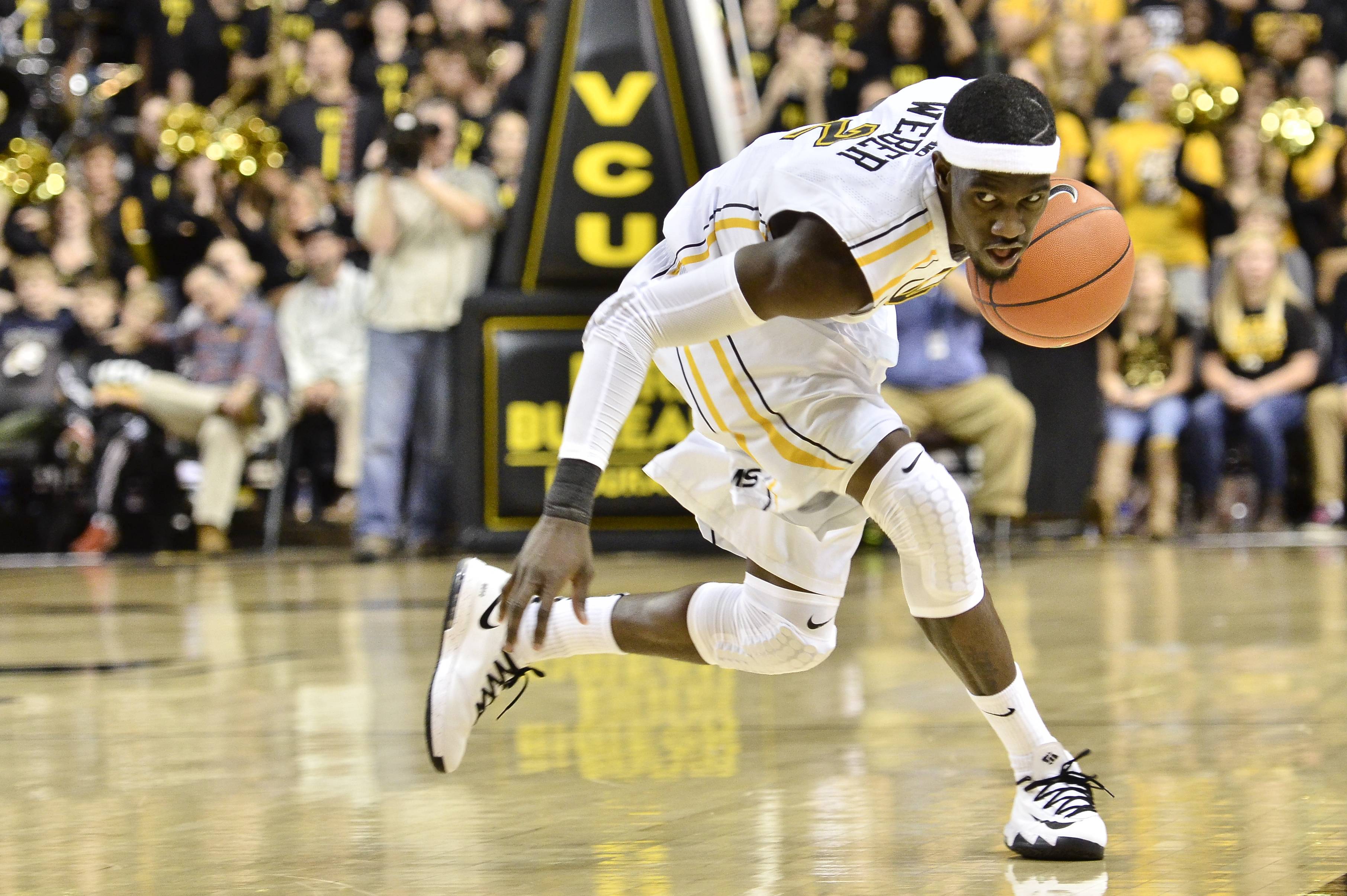 Several storylines can describe VCU’s 96-58 season-opening victory over Illinois State University, but arguably the biggest takeaway from Friday night’s win can be found in the Rams’ overwhelming display of depth.

Head coach Shaka Smart went with a sizeable starting lineup, which featured senior forwards Juvonte Reddic and Terrance Shannon, senior guard Rob Brandenberg and junior guards Treveon Graham and Briante Weber. But it didn’t take long for VCU to show the Redbirds and the rest of the nation that their roster is truly 15-men deep.

After the game, Smart said his roster has a wide range of versatile talent.

Unlike in years past, the Rams have several viable scoring options off the bench, which allows Smart to rest constantly-hustling defenders while still maintaining a competitive lineup. This allows VCU to maintain high-energy, full-court defensive pressure for the whole 40-minute contest, without sacrificing offensive production in the process.

All six non-starters played at least 10 minutes for the Rams in Friday’s season-opener, and the group combined for 32 points off the bench.

Burgess, one of Smart’s first options off the bench, contributed seven points, four rebounds, three assists and three steals in 19 minutes on Friday night. Johnson, who was VCU’s fifth-leading scorer a year ago, added 11 points and four rebounds in 17 minutes. Each player could make a case to start on a majority of the Atlantic 10 teams this season.

In addition to providing the starters with rest, the depth of the Rams’ roster means that no one player should feel the pressure to shoulder the scoring load.

Reddic, last season’s second-leading scorer, said that any number of guys on the team can carry the team offensively.

“Our depth is great,” he said. “Anybody can go off any night. We have multiple guys that can (consistently) reach double-figures. We’re going to be a lot harder to guard because everyone can put the ball in the basket.”

The addition of guys like Shannon, Burgess, Cox, Lewis and Brooks also means that Smart has multiple options at all positions for the first time since he arrived four years ago. Now more than ever, he has the ability to shuffle lineups based on size and skill to match opponent rosters week-to-week.

Depth at the forward position is relatively new to VCU, who has been a relatively undersized, guard-oriented team in recent years. With Shannon serving as a strong complement to Reddic in the front court, along with Guest and Cox on the bench, the Rams can score in a variety of ways.

“It’s best to work inside-out,” he said. “Once we start throwing the ball inside and they start closing down in the lane, it frees up our guards to knock down the (perimeter) shot.”

One player that will benefit from an increased post presence is Johnson, who knocked down a trio of open three-pointers in the second half on Friday. Big bodies down low and potent perimeter shooters on the floor simultaneously allow the Rams to stretch opposing defenses and open up lanes for guards to drive to the basket.

Playing time will certainly fluctuate as VCU’s more inexperienced players progress and falter individually. But as the Rams enter the rigors of tournament schedules and conference play, there’s no question that Smart will benefit from a deep and talented roster.