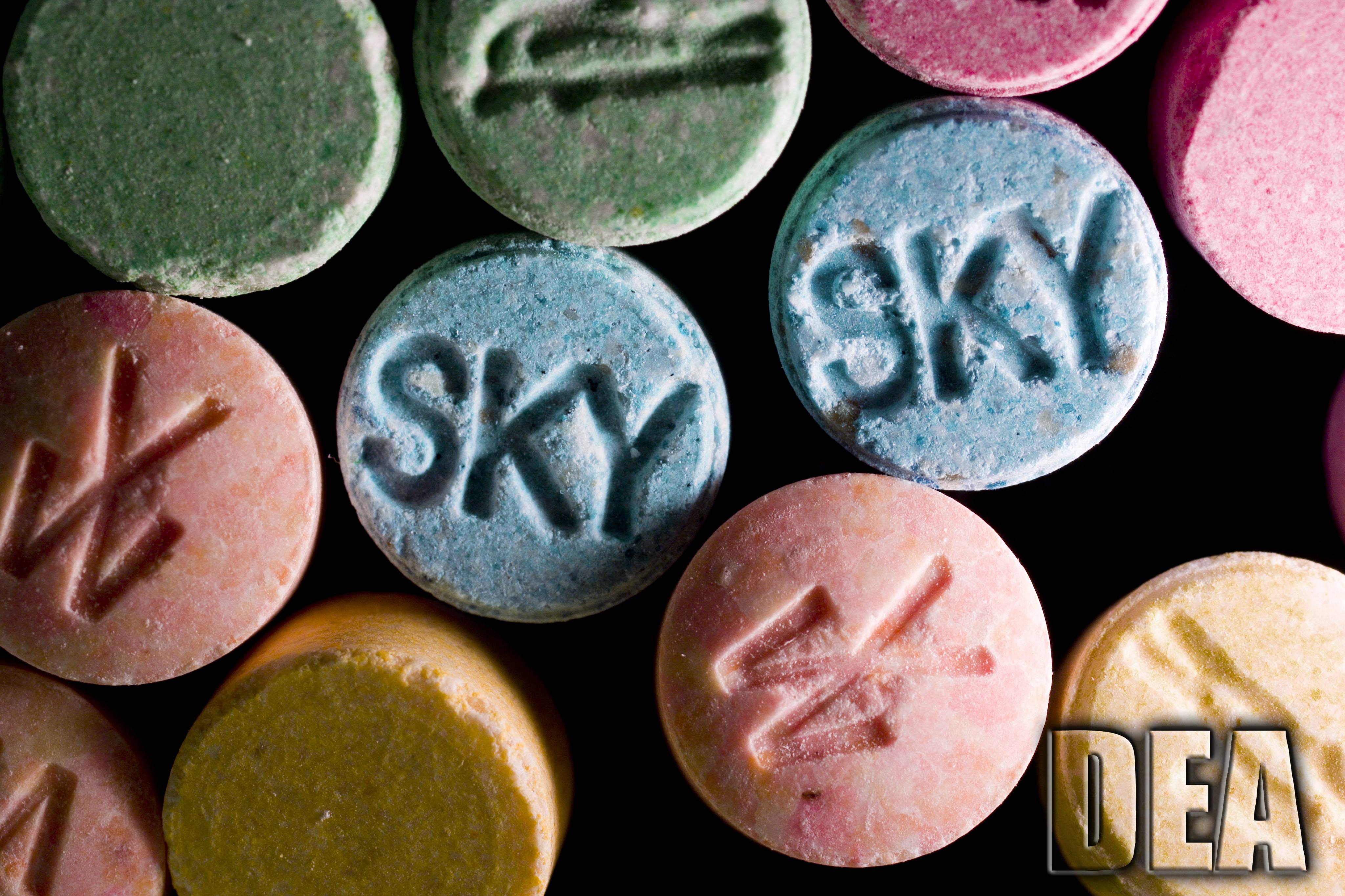 In the last few months, five young people on the East Coast have died after using the drug Molly, catapulting it into the national spotlight. While the drug isn’t new, it’s making a comeback in cities with a thriving rave culture like Richmond.

Molly is marketed as a pure, safer form of Ecstasy, or MDMA, but it is sometimes mixed with a variety of other drugs, such as Ritalin, cocaine and bath salts, which can create a deadly combination under certain circumstances. Molly has made national headlines in the last few months for a number of user-related deaths, including U.Va. student Mary “Shelley” Goldsmith. The drug is mostly used at clubs and rave parties because of its hallucinogenic effects and its ability to enhance the senses.

Rutherfoord Rose, director of the VCU Medical Center’s Virginia Poison Center, said he has noticed an increase in medical incidences involving Molly in the Richmond area in the last few months.

“We’ve had young people who have collapsed in clubs and had to be taken to the emergency room,” he said. “They became very sick.”

Rose is also a professor and chairperson in the section of Clinical Toxicology in the department of Emergency Medicine at VCU. The Virginia Poison Center also services the rest of central Virginia, Williamsburg and the Tidewater region.

“Molly is counted or reported to be the drug Ecstasy, or MDMA, so the illusion is that Molly is some pure, safer form of Ecstasy,” Rose said. “But if someone sells you Molly on the street or in a club, there’s no (telling) of what’s in the drug. Some people have been tested and showed no traces of MDMA.”

MDMA, which stands for methylenedioxymethamphetamine, is the chemical compound that makes up Ecstasy. When mixed with other substances, the drug’s components can be dangerous, Rose said. But the drug isn’t new — it’s just a new form of an older drug, Ecstasy. And like Ecstasy, Molly is a stimulant that has hallucinogenic effects. It is commonly labeled as a “club drug.”

“As a buyer, you have no idea what you’re getting,” he said.

Rose said methamphetamine (known as Speed on the streets), Ritalin, cocaine and various prescription stimulants could also be found in Molly. In its pure form, Rose said, the drug can enhance your sight, smell and touch.

However, when a user takes Molly while at a rave, they become more vulnerable to dangerous situations, Rose said. Under the conditions of being drunk, high and dehydrated, a Molly user could become very sick and have to go to the hospital, he said.

Because Molly is a stimulant, Brown said users might also suffer from increased heart rate, increased blood pressure, drastic changes in body temperature, dehydration, nausea, sweating and muscle cramps, among other various cardiovascular issues. High doses or prolonged use can cause more severe problems, such as seizures, heart failure and kidney failure, she added.

It is difficult to determine how many people use Molly, Brown said, especially because some may not be comfortable talking about it.

A 2012 survey conducted by the National Institute on Drug Abuse, showed that 7.2 percent of high school seniors have tried MDMA. A 2011 survey showed 12.3 percent of adults age 18 to 25 have used MDMA and 4.9 percent among adults over the age of 26. It was reported that more than 11 million people in the U.S. have tried Ecstasy at least once.

An anonymous survey conducted in 2012 by the VCU Student Wellness Center, using the American College Health Association’s National College Health Assessment, showed that out of 1,500 students, only 15 said they had used Molly in the last 30 days.

Recent studies indicate that a much greater assortment of people are now using Molly, Brown added.

“Some national statistics from the National Institute on Drug Abuse indicate that Molly (or) Ecstasy is now a drug being used by a more diverse population of people than it once was,” she said.

A 21-year-old, who requested to remain anonymous, said she started going to raves two years ago because she started listening to dubstep music and wanted to hear it live. She said she has used the drug three or four times. She said Molly is not present at every rave she has attended, but when people do use it, it’s to enhance their party experience.

“The lights are brighter … it’s really fun, your emotions just feel really powerful,” she said. “Your eyes open to what’s already there. You love life. You feel really good about it. It’s really blissful.”

Molly is also attractive to rave goers because it is cheap. While one gram of Molly typically costs $100, She said most people buy 0.3 grams, which usually costs about $30, although she said she can get it for as low as $20 if she is able to cut a deal.

She said that there is a possibility of unknowingly purchasing Molly that is not pure, but she said she has never seen it happen.

“There’s a pretty distinctive way to tell what you’re getting,” she said. “(You can tell by the) texture, taste, smell and color. If you’ve done your research on Molly, you would know what would be fake.”

She said the experience of Molly is positive, unlike most other drugs.

“(People take it) to have a good time. It’s not a very dangerous drug, its not like heroin, and its not like coke. You can’t really get an addiction to it,” she said. “Ninety-eight percent of the time you’re on Molly, it’s positive, everything’s positive.”

The drug has been linked to a number of recent deaths of young people that has caught the media’s attention. On July 15, 20-year-old Matthew Rybarczyk, from Staten Island, died of a drug overdose at a rave. It was reported that he overdosed from bath salts, but it is believed that it was sold to him as Molly.

Two more people died after taking the drug in September at the Electric Zoo Festival in New York. Olivia Rotondo, 20, died of acute intoxication of pure MDMA, while 23-year-old Jeffrey Russ’s toxicology results showed he had taken a mix of MDMA and methylone, a type of stimulant, the New York Times reported.

That same month, 19-year-old Brittany Flannigan died of a Molly overdose in Boston while attending an electro-dance concert.Goldsmith is believed to have died of a Molly overdose while at a club in Washington, D.C. in August, Huffington Post reported. Police are investigating whether these deaths were caused by the same batch of drugs, since all of the incidents took place on the East Coast.

Rave parties, where Molly is most commonly used, are not new, but rather, a trend that is re-emerging.

“Well (raves are) what MDMA was associated with in the early 1980s, probably before most of the people who use it now were born,” Rose said. “(Raves) went away from some years and now it’s making a comeback.”

With raves making a comeback, Molly has reappeared in the late night club scene. Rose said the bright lights and loud music that characterize rave parties is why raves have been closely associated with Molly, and partygoers frequently mistake the drug for a safe alternative to Ecstasy.

Brown said one reasons why Molly has gotten more attention lately is because of the growing number of musicians who have alluded to the drug in their songs.

“It’s hard to say how many students are using Molly because they may be hesitant to talk about it, or may not think it is a problem,” Brown said. “I think the increased attention and talk about Molly can be at least partially attributed to an increase in hearing it in popular songs and other media.”

Recently, there has been dozens of songs by popular artists who refer to the drug. For example, Miley Cyrus’s summer hit “We Can’t Stop,” Kanye West’s “Mercy,” Rihanna’s “Diamonds” and Trinidad James’s “All Gold Everything” all have lyrics which reference using Molly.