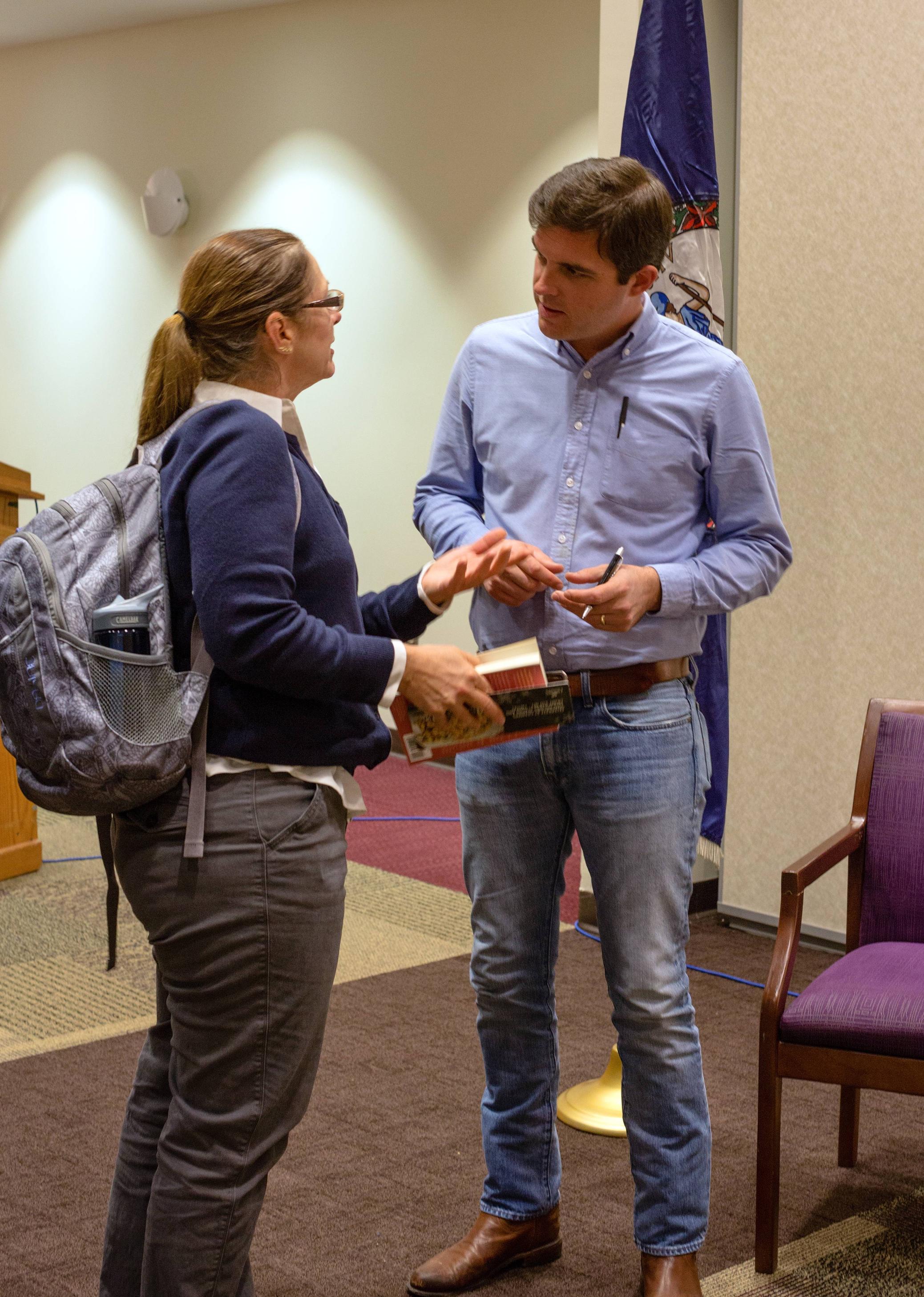 VCU alumnus and author Kevin Powers discussed his book, “The Yellow Birds,” Friday, Nov. 8 in the Richmond Salons to an audience of more than 50 people in honor of Veteran’s Day.

Powers served in the military in Tal Afar, Iraq from 2004 to 2005. The book narrates the story and trials of two soldiers in Iraq.

During the discussion, Powers sat down with Military Student Service’s spokesperson Brooks Taylor and told the audience of how his book allowed him to combine two of his interests: the military and writing. Powers also highlighted how proud he is to be an alumni of VCU.

“In spite of the fact that it’s easy to look at men and women in the military and just see the uniform, just remember that there’s an individual beneath that uniform,” Powers said. “They’re an individual person, they have a family that cares about them, (and) they have their own individual fears and hopes and dreams.”

Taylor, who facilitated the discussion, said many organizations collaborated with VCU military services to bring Powers back to VCU, including the VCU libraries, VCU alumni, and the Office of Multicultural student affairs.

“We think it’s important to make faculty, staff and students aware of the military’s presence on campus and that we do have veteran students and students who are actively serving … who have gone on to do great things,” Taylor said. “That’s one of the reasons why we wanted to bring Kevin Powers in because he has filled all those roles as a student as a veteran as an accomplished author.”

Powers left the military in 2006 and graduated from VCU with a degree in English in 2008. He first majored in history until he took a summer creative writing class at VCU.

“From that moment on I dedicated myself one hundred percent to trying to be successful as a writer,” Powers said. “When I say successful, I don’t necessarily mean getting published or any kind of recognition or monetary success I mean focusing on becoming the best writer I could possibly be.”

Powers also said he liked the fact that he felt a sense of community and camaraderie at VCU among students with similar interest like he had in the military.

“He is an alum who has been educated by VCU and I think it sets a good example and role model for the prospects of how successful you can become once you have completed your education and particularly from here,” said Martha Green, special assistant to the provost in military student services.