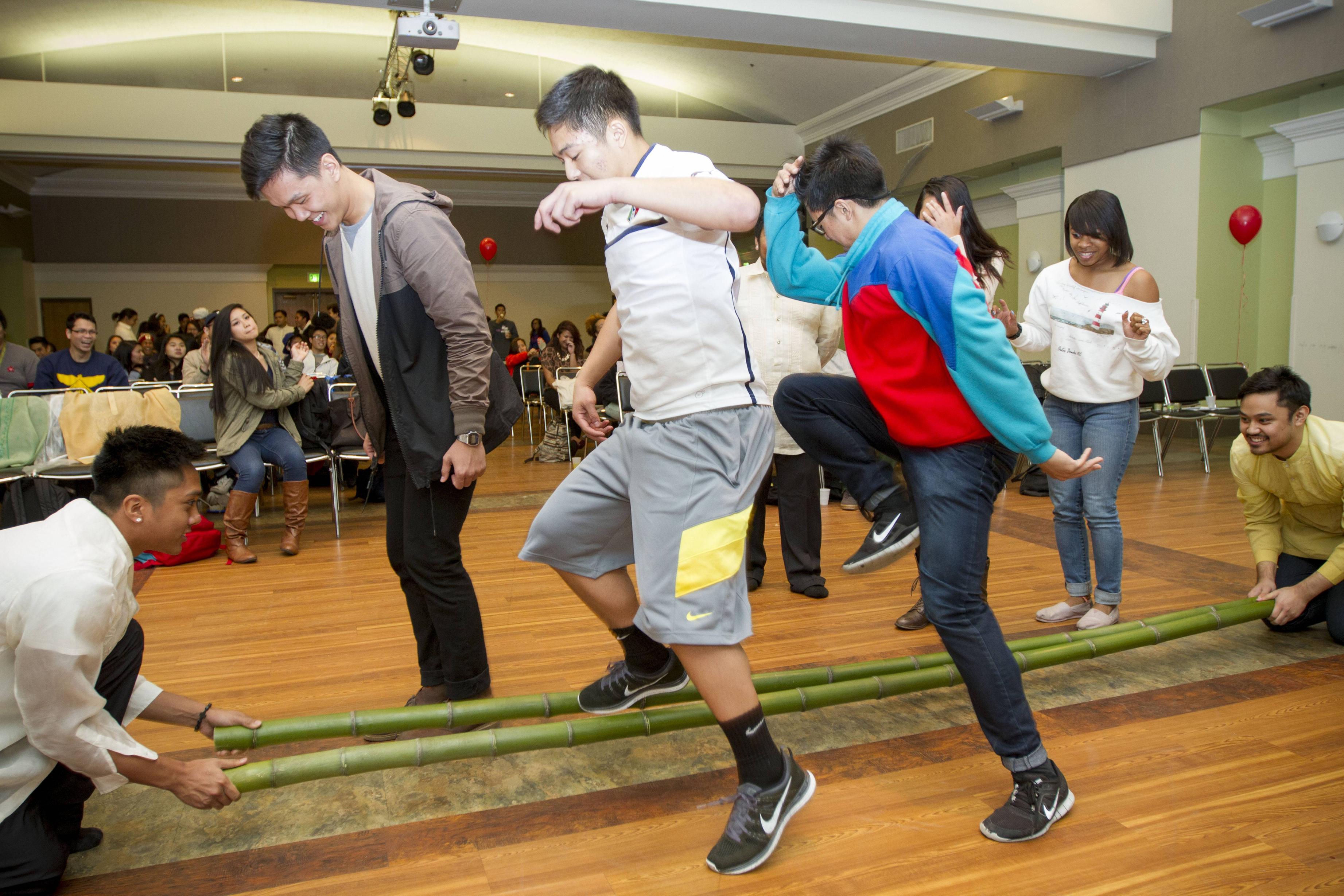 A crowd of over 150 students came together to celebrate and learn about Filipino culture at the Barrio Fiesta Monday, Nov. 4 in the Commons Ballrooms. The annual event hosted by the club Filipino Americans Coming Together is open to the entire student body and aims to showcase Filipino culture.

“We think it’s important because Filipino culture is definitely something we should be proud of and should be taught to others,” said Nerissa Lumban, a criminal justice major and one of two cultural liaisons for FACT.

As cultural liaisons, Lumban and Kirby Manaloto, a business major, are responsible for “teaching culture and different games that involve Filipino culture to the general body,” Lumban said.

“Barrio Fiesta is one of our biggest events as cultural liaisons,” Manaloto said. Lumban and Manaloto were the masters of ceremonies for the afternoon event.

“Everyone at VCU can come and get a piece of the culture, try the food, and see the cultural dances,” Manaloto said.

As people filtered in throughout the three-hour celebration, they were encouraged to try free authentic Filipino food catered by local restaurant Tindahan, enjoy live music performances and learn to play traditional dancing games like Tinikling.

Paola Camarillo and Camille Lapid took to the stage to play a set of traditional love songs, called Kundiman, on the Filipino instrument the Bandurria.

“It has 14 strings and it kind of looks like a banjo, but it’s pear shaped at the bottom,” Lapid said. “We played multiple songs … they are basically love songs for a man to serenade a woman.”

Mass communications major Monique Sanchez is the FACT social chair. Through most of the event she stood by the food table to help serve lunch and tell incoming students about the different dishes. Sanchez said she was pleased at the turnout at this year’s Barrio Fiesta, as all of the food was eaten.

The club has also gained in popularity over the year, growing from 80 members to over 150, Sanchez said.