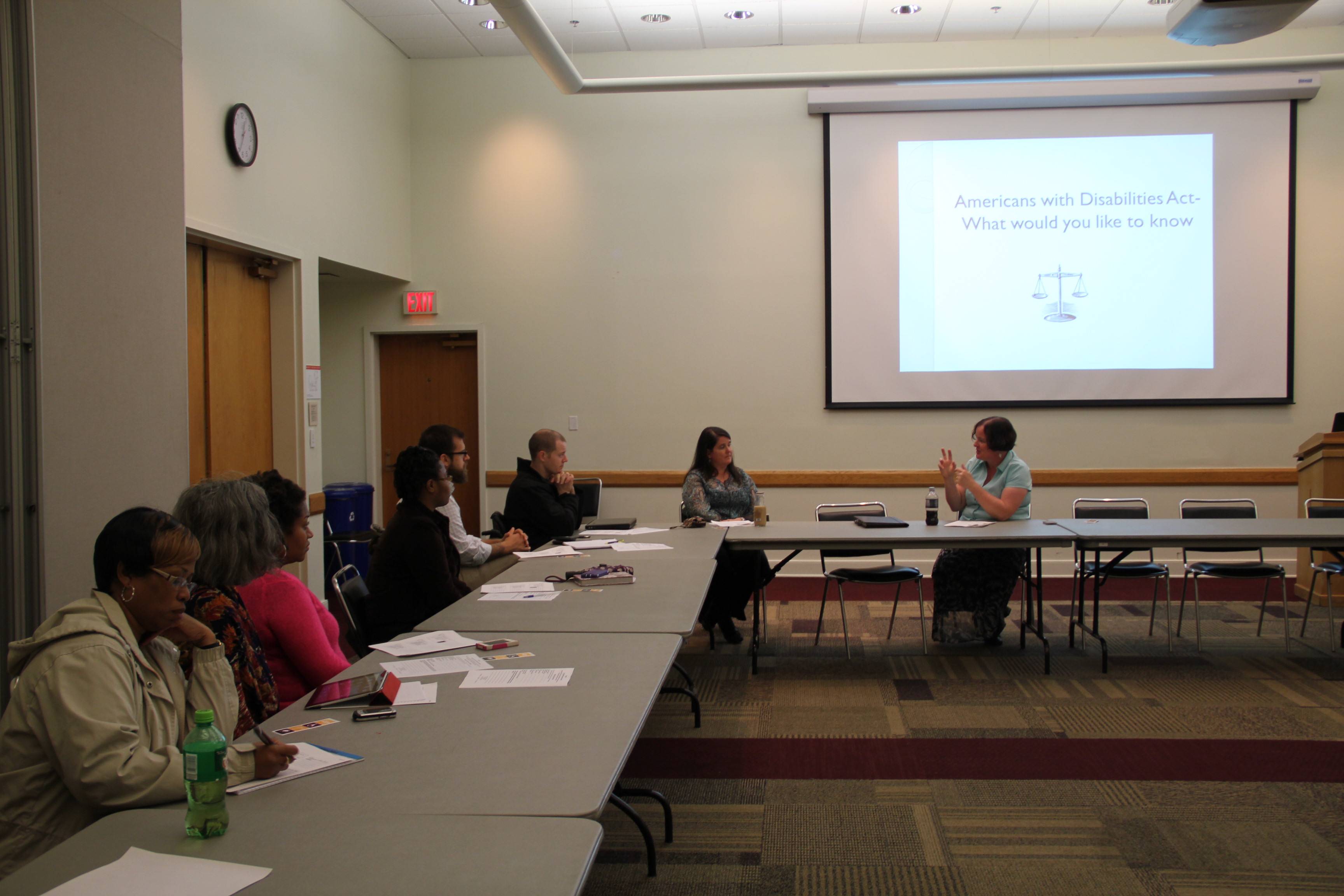 Students and staff raised questions on the details of the Americans with Disabilities Act with the leaders of VCU’s Division of Inclusive Excellence on Wednesday, Oct. 30.

Paula McMahon, an ADA coordinator at VCU, led the discussion.

The ADA defines an individual with a disability as a person with a physical or mental impairment which substantially limits one or more major life activities including walking, seeing, hearing, speaking and more, according to McMahon’s presentation.

Jenson Larrimore, a senior psychology major and president of the Students for Disability Advocacy and Awareness organization, said VCU has not yet made enough accommodations for disabled staff and students.

“The university has made some steps in the right direction but we still have a long way to go to make sure that all individuals with disabilities are accommodated at VCU, especially since we pride ourselves for diversity and acceptance,” Larrimore said.

Larrimore, a wheelchair user, said there are areas within the Monroe Park campus that are still inaccessible to him and individuals with similar impairments.

“Buildings like the repurposed houses in Franklin (Street) and Grace (Street) … students like me can’t get into a lot of them” Larrimore said. “But I’ve already talked with the admin about those places … they told me that the houses are so old and close together that to give them disabled access, you might have to demolish the entire structure or the entire block.”

“Now that the university has received these two large grants, I believe the atmosphere should be about right to focus on making better accommodations for students, staff and visitors with disabilities,” McMahon said.

This was the fifth presentation McMahon and the Division of Inclusive Excellence have hosted this semester. On November 11, McMahon will be hosting a panel discussion called “Navigating the Higher Education System: Why I chose to disclose,” an event that will discuss how to maneuver through college and the higher education system as a student with a disability.