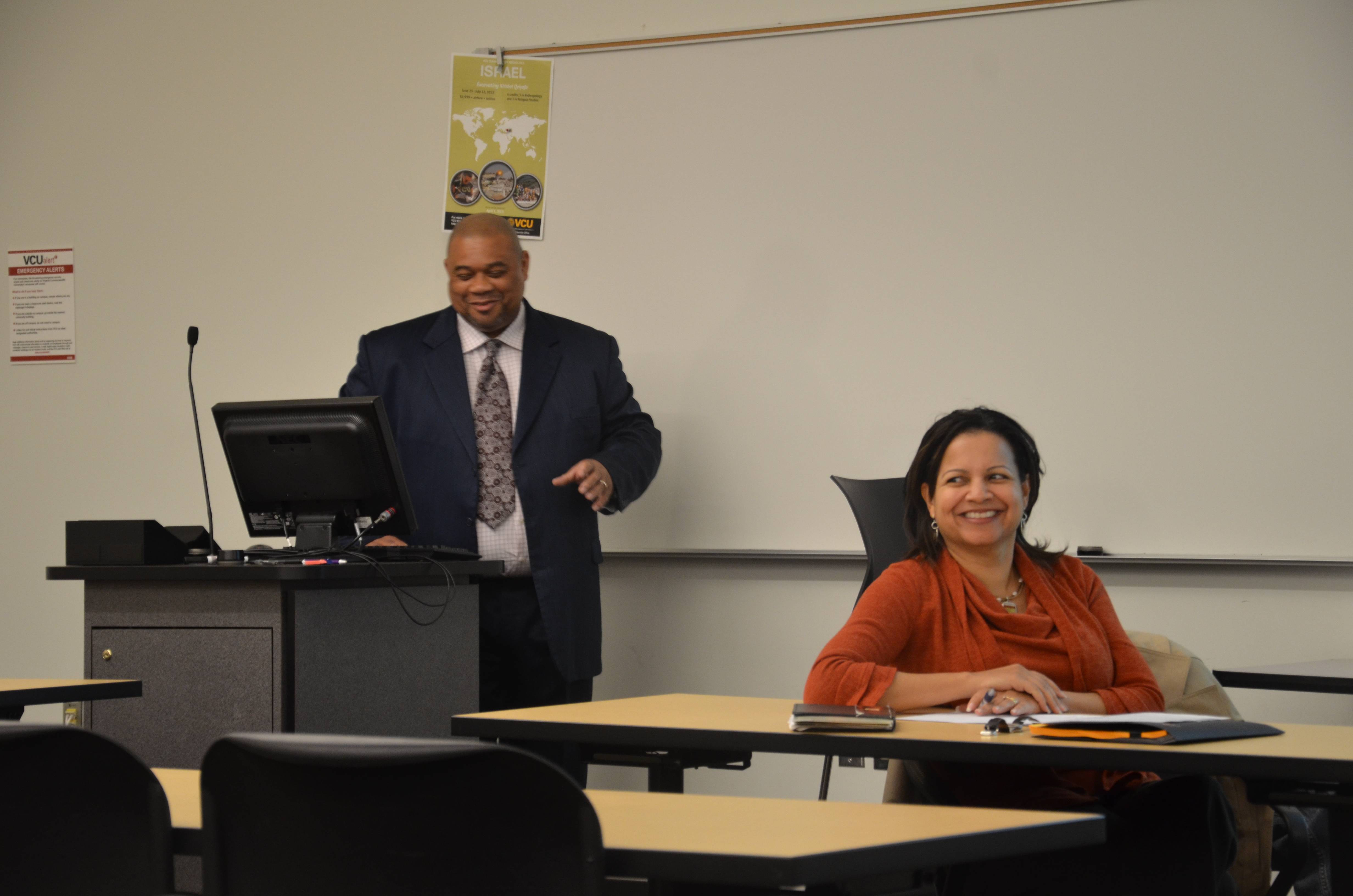 Students and staff called for action against potential racial profiling during a panel discussion hosted by the Black Education Student Association on Monday, Oct. 28. VCU Police chief John Venuti and others presented topics and answered questions by students about the potential for racial profiling around campus.

Each panelist had 10 minutes to provide a statement, after which the session became an open forum and the panel answered questions directly from the audience. Venuti focused on the Jeanne Cleary Act, the federal law that requires campus officers to report some crimes near a college or university.

“If there’s a Cleary crime in our specified campus geography, we distribute an alert,” Venuti said. “The alert is direct information from the victim involved in that crime and we’ve received criticisms about the descriptions being vague and ambiguous but as a police officer I can tell you that some descriptions are better than others.”

Harris presented a powerpoint titled “To protect, to serve, and to profile? Examining campus safety for (in spite of) African American males,” in which he emphasized African American history and pre-existing stereotypes.

“As a community of individuals pursuing excellence at this point, we have to look at as a community. If crime alerts profile any of us, they profile all of us,” he said.

“I think the panel achieved what it was capable of achieving with this initial dialogue and I’m satisfied that it turned toward actions,” Harris said. “It is exceptional that Chief Venuti was present and engaged and made himself available.  The question is, will we step up as a university and address those concerns? Because this was just an exercise if that doesn’t happen,” Harris said.

During his presentation, Nasim criticized what he called flaws in the system that is used by the police to track down individuals who could have potentially been involved in a crime.

Lastly, Davenport presented a personal experience where he was profiled and had a negative encounter with the VCU police while at work.  He said that the police department should hire more African American police officers, and that training is offered on how to interact with minorities during such encounters.

Although criticisms of both the alert system and the police department were made during the panel, many participants encouraged a solution-oriented approach to potential racial profiling.

David Hanson, senior vice president and chief operating officer at VCU, said that as a learning organization, he wanted results, and asked if the panel would be willing to move this discussion forward into action to do something about creating a process to eliminate such concerns. He promised to allocate resources to get this done.

Nasim said a process was necessary to see if including race in the VCU alerts was even helpful and suggested that a racial profiling policy was needed for the university.

“We are going to develop a policy regarding racial profiling and then once this is in place, begin to conduct studies to see whether or not we are in compliance, and encourage by the general direction of the discussion and I look forward to working the university to make sure that we all feel safe and secure in this environment,” he said.