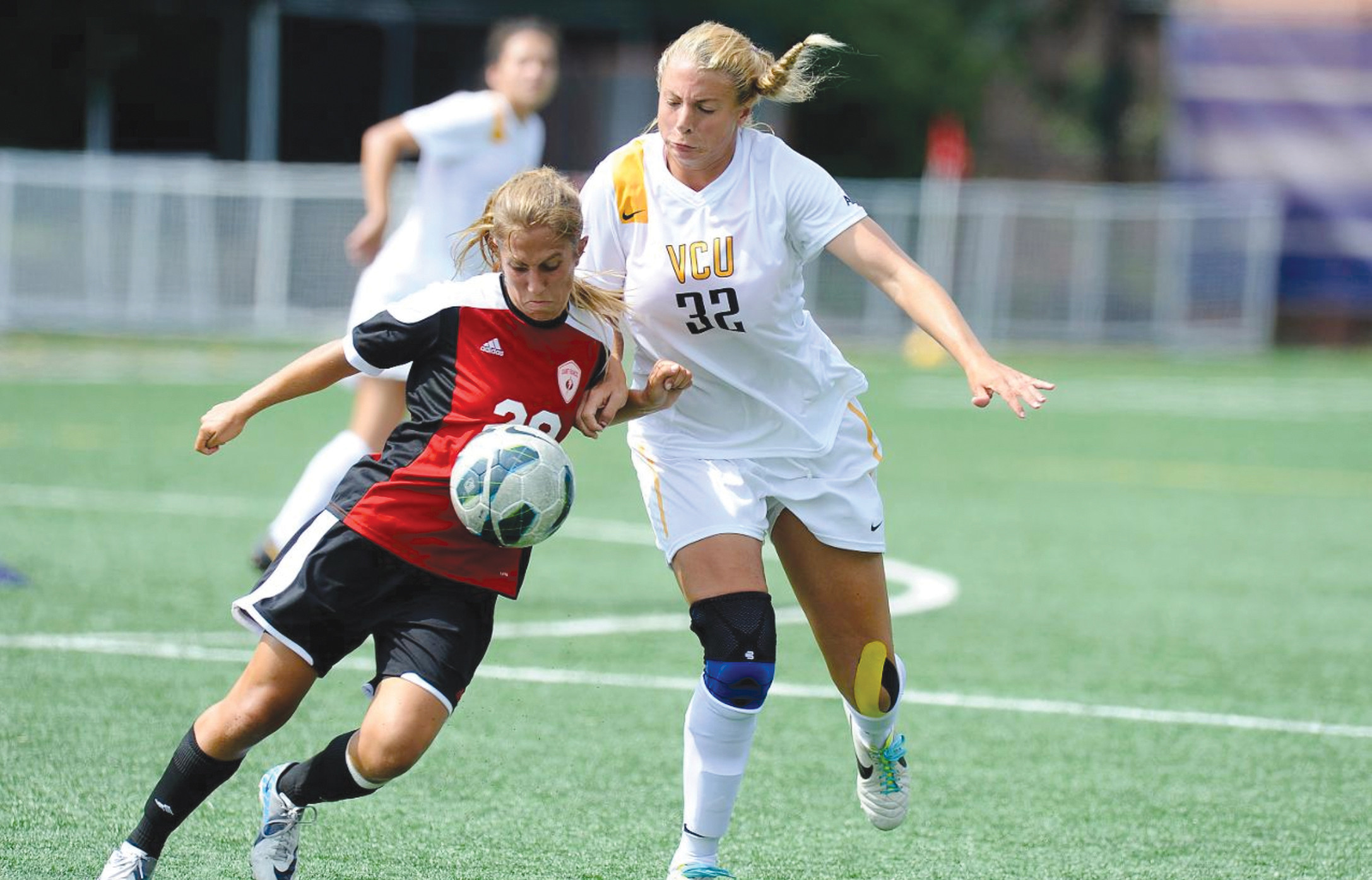 The VCU women’s soccer team is heading into a critical two-game stretch before the Atlantic 10 tournament kicks off Nov. 7 at Sports Backers Stadium.

The Lady Rams will close out the 2013 regular season campaign by hosting the University of Richmond Spiders and the Saint Louis Billikens on Nov. 1 and Nov. 3 respectively. The Lady Rams are hoping to use the final two contests to gain momentum heading into the conference tournament, said head coach Lindsey Vanderspiegel.

“We are looking to get back to our style of play,” she said. “For a while there, even though we were getting results, we were not playing the type of soccer we wanted to.  This week we are focusing on the fundamentals and playing a possession-oriented style, getting back to things we harped on early in the year.”

The Lady Rams’ nine-match unbeaten streak was snapped last Sunday with a 2-0 defeat at the hands of St. Bonaventure University.  The loss was the team’s first in-conference play this season.

VCU’s defense held strong early until St. Bonaventure’s Molly Curry sent a shot past VCU goalkeeper Emma Kruse to give the Bonnies a 1-0 lead in the 25th minute.

The Lady Rams had a few chances to get the equalizer, but fell short. Senior Courtney Conrad sailed a shot over the goal in the 31st minute, and had another good look in the 55th minute that St. Bonaventure’s goalkeeper Megan Junker saved.

The Bonnies added to their lead in the 77th minute when Caitlin MacConnell assisted Brittany Charles to make it a 2-0 game, a deficit that proved to be too large for VCU to overcome.

VCU traveled to George Washington University on Sunday, Oct. 27, but a result was not final as of press time.

The Spiders have been playing well as of late, with consecutive 2-1 victories over George Mason University and St. Bonaventure University. Sitting at (2-2) in the A-10, UR will come into the game looking to sneak into the conference tournament.

After the match with UR, The Lady Rams have a quick turnaround. VCU hosts Saint Louis University on Sunday, Nov. 3. The Billikens are in third place in the A-10 standings, just behind the Lady Rams. Saint Louis sophomore Livi Logan-Wood has five goals on the season and will pose a challenge to Emma Cruse and the Lady Rams’ defensive unit. Both squads are competing for a high seed in the conference tournament.

If VCU can come out with wins in its final two games, it will receive a favorable seed come tournament time. The Lady Rams have the ability to land a No. 2 or No. 3 seed in the conference tournament, which would  mean a first-round game against the likes of Saint Joseph’s University, the University of Massachusetts, or George Washington University. Every team in the conference is looking up at the Dayton University Flyers, who are 5-0 in the A-10 and have solidified themselves as the tournament favorite.

Vanderspiegel knows that taking care of the regular season comes first and then hopefully VCU can gain some momentum heading into the tournament.

“Our first focus is making the tournament,” Vanderspiegel said.  “We are on our way, and can seal our fate this weekend or the following weekend. Once we make the tournament, it can be a great home-field advantage to have our own crowd and support out there.   I do think it could be an edge for us, and we look forward to getting to that stage.”

The first match of the women’s A-10 soccer tournament will be held at Sports Backers Stadium on Thursday, Nov. 7 at 11 a.m.