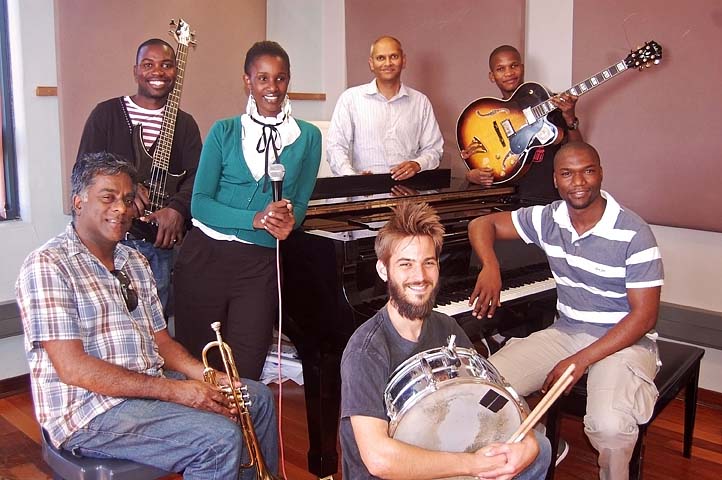 VCU students will partner with students from the University of KwaZulu-Natal, one of VCU’s sister universities, for a jazz performance at the Sonia Vlahcevic Concert Hall of the W.E. Singleton Center for Performing Arts, fusing elements of American and South African jazz.

The concert will be part of “A Jazz Bridge to Greater Understanding,” a project between the jazz departments of VCU and UKZN, which is located in Durban, South Africa. This is the second year of the partnership between the two universities.

“The last week of October is the first mutually agreeable travel window in our university schedules for this new year of the exchange,” said Antonio Garcia, director of jazz studies at VCU.

The concert will consist of three original pieces, some arrangements of South African music and a few surprises. The VCU performers started rehearsing on Oct. 16.

Garcia is excited to work with the UKZN jazz department again. More recently, several VCU students traveled to South Africa to record a jazz CD with the UKZN students called “Leap of Faith.”

“It’s like family is coming to visit … We’re building long-term relationships,” he said. “Last year’s teams remain in touch, and we will continue to run into each other in the musical world.”

For Bryan Stone, UKZN student and drummer, this will be his first time performing with VCU.

“(I’m) nervous, but it’s an excited nervous, though,” Stone said. “I have no idea what to expect, so I have to try and be prepared for anything.”

Stone decided to enroll at UKZN because it was the only university nearby with a course in jazz.

“I felt that studying jazz, as opposed to popular music, would give me skills enough to deal with most musical styles,” Stone said.

“A Jazz Bridge to Greater Understanding” offers him, along with his peers, an opportunity to study jazz in a different setting. Stone said he thinks the different cultures affect the style of the jazz.

“Particularly in Durban, the jazz here is very laid back and relaxed because of the ‘chilled’ way of living that we have here,” Stone said. “This is very different to jazz coming out of a busy city like New York where the feel is very intense and tempos are pushed very fast.”

“With South African jazz, I would say the (biggest) difference is that (the technique) doesn’t matter,” he said. “It doesn’t matter what you’re playing, as long as you’re communicating with the musicians onstage … it creates such a better vibe.”

The partnership between the two departments started in June 2012, when a grant written by Garcia and professor Neil Gonsalves of UKZN was approved.

“Professor Gonsalves and I decided early on that an integral part of the project would be commissioning musicians from each university to write for the other,” Garcia said. “Documenting these performances and new works seemed a natural outgrowth of the exchange, and it now makes it possible for anyone around the world to experience some of what we experienced.”

VCU Jazz has released eight recordings since 1983, with “Leap of Faith” being the most recent. The recording sessions were done live, both to reduce the cost and as a way to help the students practice performing live.

The experience, while positive, was not without technical hiccups.

Sorrells took part in the recording as part of the VCU Africa team.

“(It) definitely changed me as a musician and made me a better person,” he said. “Playing music in South Africa was one of the funnest things I’ve ever done in my life.”

The concert will feature an original composition of Sorrells’ called “October 1st,” which is dedicated to his father.

“I’m really excited to play that and have some of the UKZN cats sit in on that,” Sorrells said.

“I think it’s important that people come out to this,” Pouncey said. “It’s cool to not only support local music with the VCU jazz program, but to also foster relationships with people from a completely different continent.”