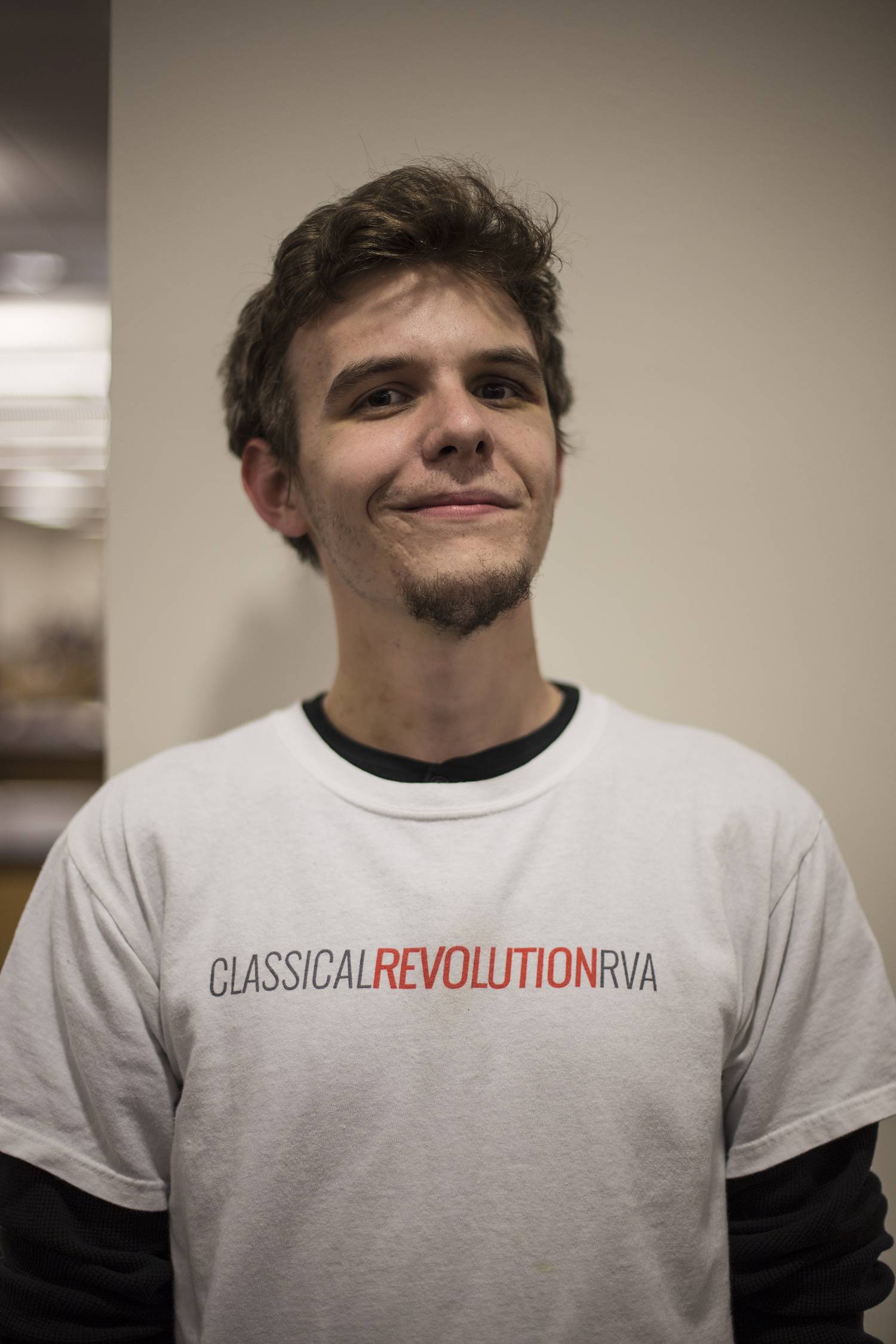 When you go to a local bar or restaurant, you’d expect to hear the latest hits taking up the background — some fast-paced electronica, ‘90s hip hop or perhaps the poetic lyrics of indie rock. Never would you expect to hear the slick sounds of a violin or the spunky fluttering of an oboe. One local group wants to change that.

Enter Classical Revolution RVA, the local chapter of a San Francisco born, now-international organization. The non-profit group is composed of orchestral musicians who strive to change the way the public views classical music. By playing in casual venues such as bars and art galleries, the volunteers hope their passion for the music will show the world that classical music is universal, and not just meant for the elite.

“It’s a lot of fun … people are really starting to recognize us,” Hay said. “It’s a dream come true for a classical musician. It brings (the music) into the neighborhood, making it casual … it’s exactly what America needs right now.”

The Virginia Beach native also said he’d like to start the same movement at home if he moves back post-graduation. Having played violin for over 14 years, Hay said he has helped recruit five other VCU students to the organization, but said they are in need of more brass instrument players.

Monthly events, known as “Classical Incarnations,” take place at Balliceaux at 203 N. Lombardy St. The performances range from solo to quintet, incorporating pieces from well-known composers like Beethoven and Vivaldi.

The organization also works with local art galleries to provide entertainment for the events. On Oct. 20., Classical Revolution participated in Gallery5’s Silent Movie Revival night, improvising a score to go along with the movie.

“(Classical music) can speak to anyone,” said Ellen Cockerham, Classical Revolution RVA chapter founder and director. “It’s some of the greatest art made by mankind and in the formality of the concert hall, it’s perceived as elite.”

Cockerham said there’s a misconception about the formality and elitism often associated with classical music.

“People think they have to wear something in particular and not make any noise or have a certain education to understand it,” she said. “That’s a tragic misconception because the common man can appreciate it … it can make us better people.”

Classical Revolution RVA not only tries to spread the love of classical music, but encourages collaborations as well. Cockerham said there’s a common misunderstanding that classical music only involves one type of sound. Those who study and practice it know that it is not the case.

Born out of the eighteenth century, classical music has influenced modern day music. Classical Revolution RVA has addressed this with an event series titled, “The Pair Series.” In these shows, the allotted time is split between classical music and a musical act that is perhaps a bit more familiar to audiences, such as local indie-rock groups or jazz ensembles. There is, however, always a bridging theme between the two, allowing audiences to experience the flexibility of the classical musician.

Samuel Friedman, a 21-year-old business major, played in one of Classical Revolution RVA’s “Pairs” events with his band Floodwall. The show compared modern indie rock to Beethoven’s “Heiliger Dankgesang.” Friedman said he is grateful to be a part of such an eclectic collaboration in his hometown.

“We played our best to complement and challenge the mood (Classical Revolution RVA) had created,” he said.

The organization also hosts monthly jam sessions and open mics at the Carytown Bistro & Coffee House, located at 26 S. Auburn Ave. The next one is scheduled for Oct. 30 at 8 p.m.