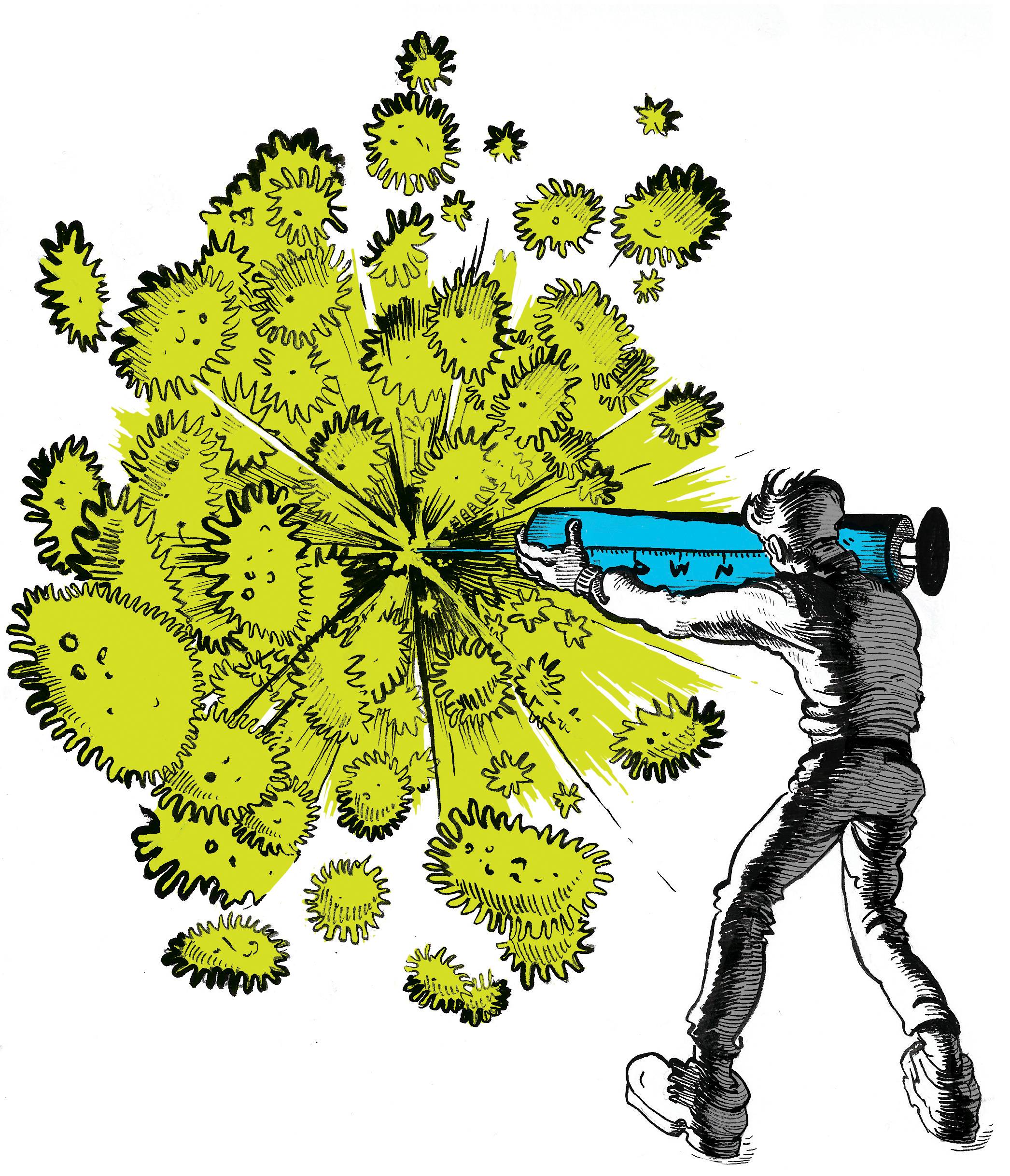 ‘Tis the season for pumpkin spice lattes, autumnal breezes and the anticipation of family holidays. It’s also the season for the influenza vaccine, also known as the ‘flu shot.’

According to the Centers for Disease Control, adults between the ages of 18-49 are least likely to receive an influenza vaccination, falling under 27.2 percent. Adults who are 65 years or older and children between six months and 17 years are more likely to get the vaccine because they are more prone to catching the flu.

You’re probably thinking to yourself that you’re one of the tough ones, that you don’t need a flu shot. Well, you’re wrong. The shot is vital, especially at a school with more than 30,000 students touching door handles and elevator buttons and napkin dispensers.

According to Dr. Kathy Poehling, an associate professor of pediatrics at Wake Forest Baptist Medical Center, the influenza virus is contagious and is known to circulate through college campuses, enhanced by close living quarters, typical social activities and low vaccine coverage.

When I think of a place like that, I think one of the most popular and populated spots on campus, the second floor of Cabell library, a place infested with students’ germs and unvaccinated bodies.

Students find infinite reasons for not getting the shot — perhaps a fear of needles, being too lazy to walk to student health or just not finding it that important.

By getting vaccinated, you’re not only protecting yourself from the flu, but you’re also protecting others around you through the theory of herd immunity. That alone should be big enough of a motivation for students to get the shot. Nobody wants to be the person who spread germs and got everyone sick. By abstaining from vaccination, you could be that person.

VCU would benefit from developing new strategies to vaccinate students, such as giving flu shots at sporting events or during well-known campus events. This way, students will be more likely to get the shot when it’s right there in front of them. It’s also important to remind students that flu shots here are free. All students have to do is walk into student health and get the shot for absolutely no cost. You’ll be saving yourself from the flu and lessen the chances of the people around you getting the flu.

So if you’re one of those people who still haven’t received the vaccine, now would be a good time to do so. If you have a fear of needles, close your eyes, the pain is bearable. If you’re too lazy to walk to student health services, then you have more things to worry about. This issue might seem minor to you, but it involves more than your own health: the health of our campus.