The aroma of morning dew, the fresh white lines being drawn on a perfectly level playing field and the preparation for another football season come together and conveys one thing — August is here.

For the past three years, Richmond and the Bon Secours Training Center has been the host site for the Washington Redskins training camp. This year, the Skins will conduct open practices from July 30 until August 16.

The Redskins — being the cities closest NFL team — have given Richmonders the opportunity to welcome the sport of football into its domain. A sport that has been shy from the city is now present for two weeks out of the year.

Superb athletes in the likes of Robert Griffin III and DeSean Jackson are fully disposed to the public to watch them in preparation for the 2015-16 NFL season. Richmond has not played host to any professional sporting team since the Squires occupied the Coliseum in the 60’s and Julius (Dr. J) Erving graced his way to electrifying all 3,200 fans out of their seats with his innate gliding ability and seemingly perfect afro.

To bring even more excitement to this estranged phenomena, the Houston Texans joined the Redskins this year for joint-practices August 6-8. Very little practice prevailed, but instead an all out brawl broke-out that lasted longer than the Ronda Rousey fight in its entirety.

Yes, J.J Watt was in Richmond ladies – your glasses did not deceive you. Last year, the super bowl champion New England Patriots took part in the joint-practices. No fight occurred as the Patriots normally enjoy deflating, mundane practices – the punny jokes will never cease.

The illustrious hits and glamor of a sport that has taken over the United States has blessed the city with its presence.

Most big-time universities across the U.S have thriving football programs and an even better student-body based support group. Saturday tailgates in the South are a tradition marred and accentuated by all who have the chance to witness the craziness of college football.

For VCU, this sentiment is taboo. The absence of a football presence on campus leaves the school to only bewilder the thought of its existence. The theory of ‘what if’ plagues every student craving the sensation of experiencing and cheering their beloved Rams to victory on the gridiron. 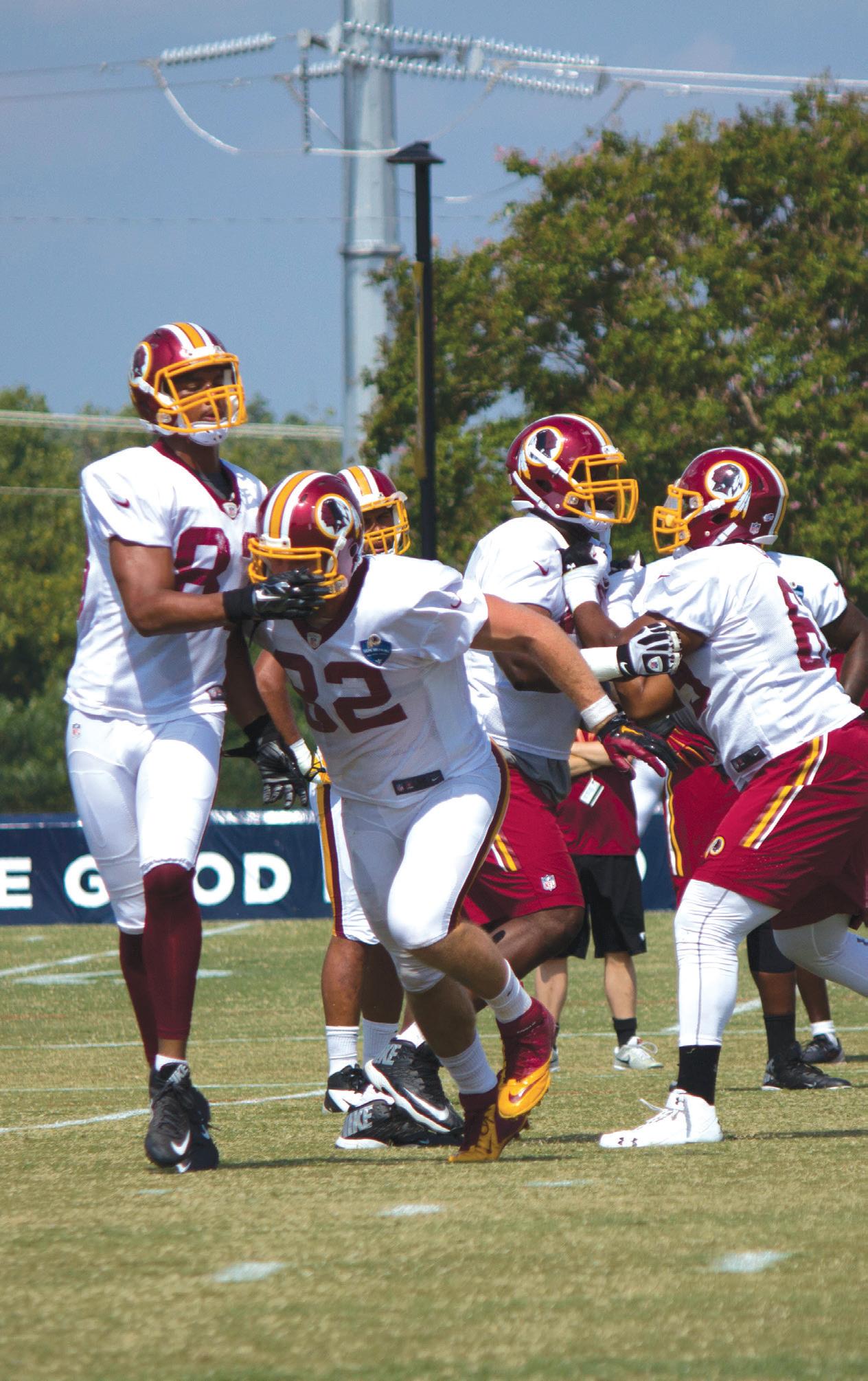 To the entire student bodies’ avail, the sight of black and gold on a football uniform would be an atrocious sight anyways. The uniforms color way would resemble a mesh between the Pittsburg Steelers and the Waffle House emblem.

Questions arise if a football team could work and blossom at VCU. Picturing the Rowdy Rams all stirred up from countless hours of tailgating prior to game time would be a scary site for any opposing team. The fan support at VCU is second to none when it comes to supporting a team through thick and thin.

Ram fans from all across the country would express their support and show the same enthusiasm similar to the basketball team. The only unknown would be as to who the stadium would be named after considering it’s not like there was a famous player for VCU in the past. Can you imagine donors veracious attempt to get their names plastered on the stadium? Let’s hope the winners name consists of fewer than four syllables.

There is a better chance of the Wi-Fi actually working in Cabell before a football team is brought into the VCU community. Basketball has and will always have the precedence over the university.

Football is an afterthought, although an amusing one, it will never come to play anytime soon. For now, students who are lucky enough to be in town can walk over and experience live-football-contact in person. Just don’t expect much winning.