Entrepreneurs, developers and mentors have congregated on VCU’s campus this weekend for the RVA startup weekend.

The three day experience allows attendees to pitch startup ideas and, if the plan is chosen, build a team to help the with the genesis of the business.

“Startup weekend is basically taking an idea and turning it into action,” a trailer for the event stated. “Things have changed. Two or three guys with a few hundred or thousand dollars can go out there and build a product that can then turn out a billion dollar company.”

The event kicked off Friday night in the student commons with networking, drinks and the sharing of business ideas in the Richmond Salons.

But, the business pitches were the main event of the night. Thirty-eight hopeful entrepreneurs gave 60-second pitches to the crowd. Attendees were encouraged to take notes on the pitches that showed promise and they would later vote for their two favorites.

After the voting the top ten ideas were chosen: 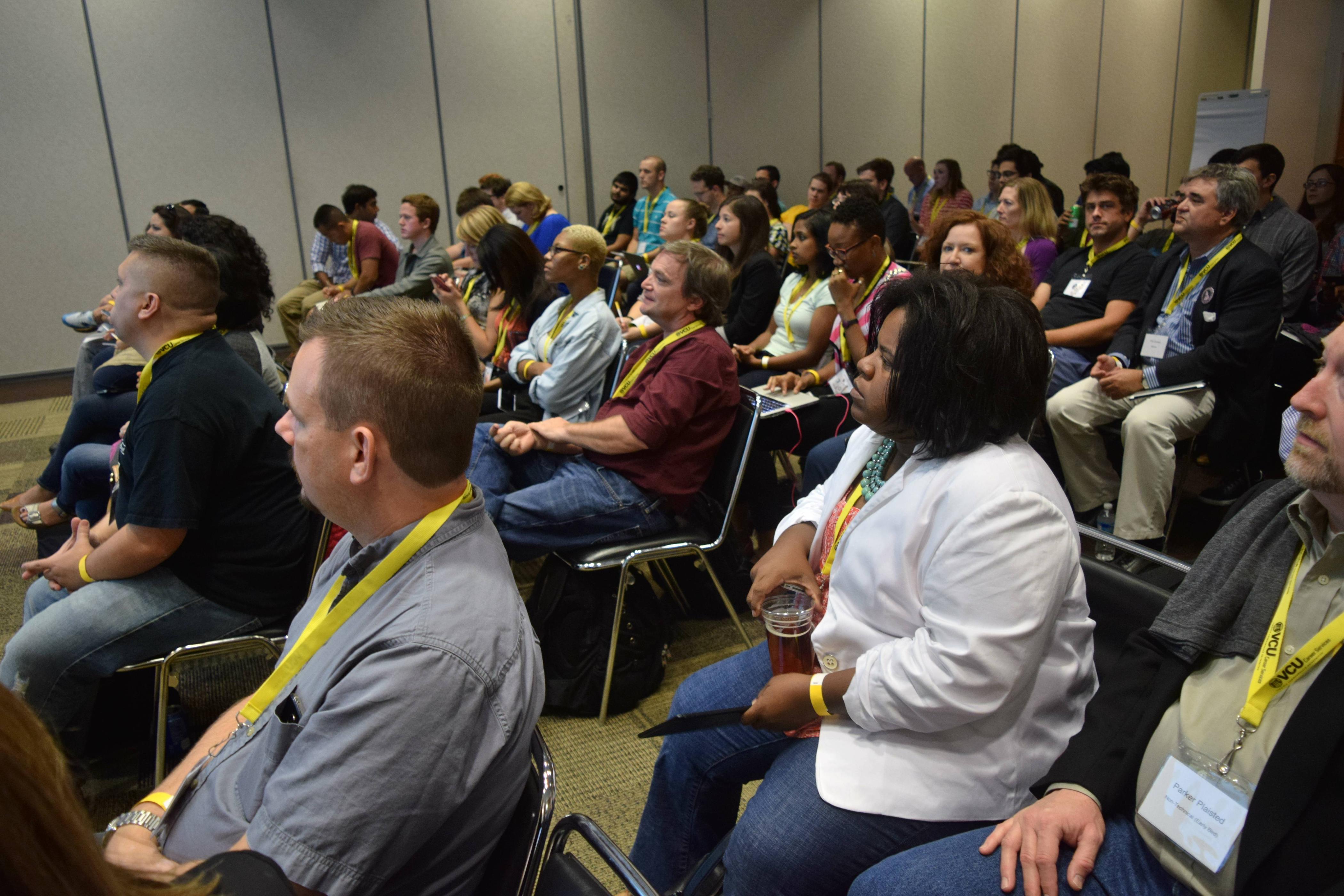 “I expect us to come up with some very interesting ways to implement this and to potentially have a fully fledged plan by the end of the weekend,” said Elliott Roth a senior biomedical engineering major whose pitch for Branch was chosen.

Roth had the idea for branch after a bike accident a couple years ago caused him to loose his two front teeth. He hopes that level sidewalks could make the city safer for pedestrians.

John Bonano is the designer and developer who pitched While I Poo.

“Everyone in the world takes their phone to the bathroom,” he said. “But no one talks about it.”

Teams formed after the ten pitches were chosen and they began discussing their plan for the weekend.

Saturday teams checked in at 8:40 a.m. and began work. A winner will be selected Sunday night.