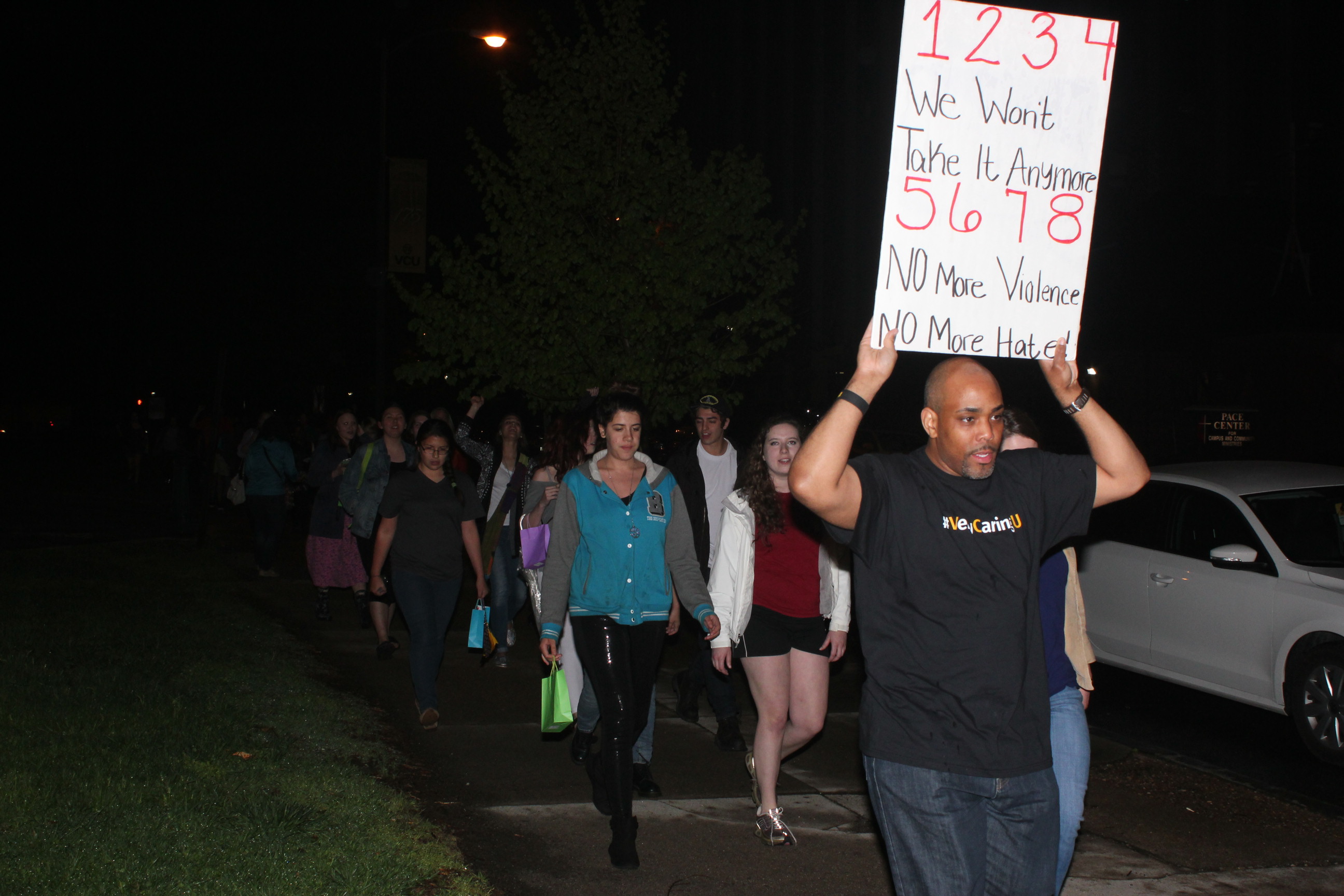 Victims of sexual assault shared stories of distress and survival to a roomful of supporters Friday night during the annual Take Back the Night event.

Tammi Slovinsky, the coordinator of sexual assault and domestic violence services for The Wellness Resource Center, said that when people think about sexual assault they usually think of it as something that occurs in the darkness of night. Take Back the Night’s goal is to promote feelings of safety and solidarity, regardless of time.

About forty people came together in the Richmond Salons of the Commons where bands played and the floor was opened to anyone to discuss how sexual assault had affected their lives.

In 2010 Shayla Sanders, a sophomore psychology major, was sexually assaulted. As a survivor, Sanders says events like this are important to her.

“I was raped while I was in a relationship and it really made me close up,” said Sanders.

After she was assaulted she began to drink. Problems with self-confidence arose and she began to suffer from depression. She said she did not fully recover from the mental strain that was placed on her after her assault until she talked about it.

“I used to have really detached conversations about it,” Sanders said. “I didn’t have active conversations until I got to college and that’s when I really started opening up to people.”

After listening to tragic stories, the group marched from the commons to Monroe Park and back. Chants rang through campus with messages like, “No means no and yes means yes.”

VCU Police cars escorted the marchers through the route and stopped traffic at all intersections.

Onlookers and passers-by often greeted marchers with clapping and cheers.

“It was a really emotional experience,” said Rachel West, a senior chemistry major. “I think the most I got out of it was seeing how strong everyone was and how they really persevered through the experience. Even though it was a difficult experience they were all so strong for sharing their stories.”

A sexual assault occurs every two minutes, and 60 percent of these assaults are not reported to police, according to the Rape, Abuse and Incest National Network.

“It’s a global health concern,” Slovinsky said. “Oppression is what breeds any type of violence, especially sexual violence against vulnerable populations like females, people in the LGBTQ community, people with disabilities, and younger children.”