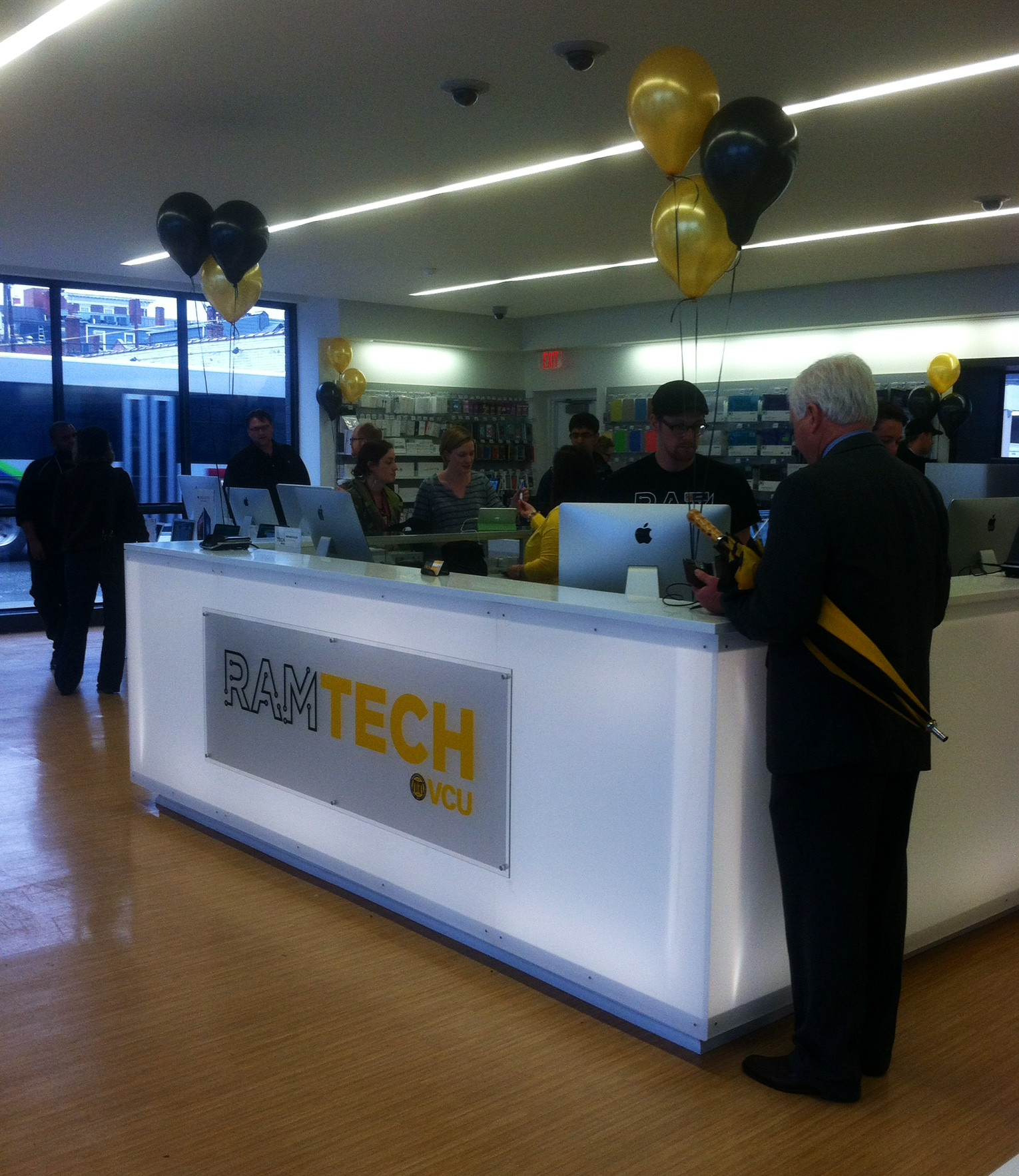 VCU’s new computer store, RamTech, was bustling with activity as students and customers flocked to 930 West Grace St. for the grand opening on Monday, April 7.

RamTech, which was formerly a Little Caesar’s Pizza shop, is open Monday through Thursday 9 a.m to 6 p.m and Fridays 9 a.m. to 5 p.m. The store is part of the university’s business services department, which is also responsible for the dining halls and campus retail.

“VCU hasn’t had a computer store in seven years, and we sell both Apple and Dell-line products — everything from tablets to desktops. All our computers meet SCI standards,” said Ethan Smith, the store’s assistant manager.

RamTech has also paired up with VCU’s IT team, and they have a station inside the store where students can walk in and have a problem diagnosed. Smith said the IT department will continue to have a station in the basement in the library, and if a student chooses to drop off their computer in store they may be able to pick it up at the library as well.

With the exception of the manager and assistant manager, all RamTech employees are VCU students or alumni.

“It’s a lot of fun, the people I work with are really great. It’s a great job because I get to learn more about computers and then I get to use what I’ve learned to help people find what suits them best,” said public relations major Amanda Zack, an employee at the store.

The store also sells discounted computer and tech gear and warranties on devices.

“I was really impressed with some of the pricing, and the overall layout of the store is very appealing. I kind of felt like I was inside the Apple store the way everything was set up, and all the employees were really knowledgeable and helpful,” said chemical engineering major Ryan Joiner, who attended the grand opening yesterday afternoon.

“I’m really glad the university has provided this to us, I think a lot of people will be able to make use of it,” he said.