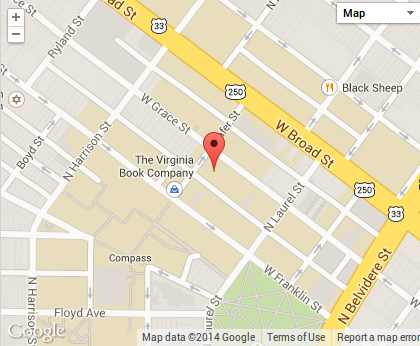 Three teenagers have been arrested in relation to a robbery earlier this month on West Grace Street.

The three teens allegedly approached a victim near  around 12:25 a.m., on Feb. 7 and demanded he “give up his stuff,” stated a VCU alert message. One suspect punched the victim and stole his backpack, wallet and cell phone. The suspects left the scene, heading south on Shafer Street.

The three suspects are from Chesterfield County, according to a VCU alert.

Ronald L. Banks Jr., 18, and Marvin M. McClelland, 19, were arrested by VCU Police shortly after midnight Sunday, Feb. 16 when police matched them to the description of the robbers.

Both Banks and McClelland have been charged with robbery.

The third suspect, a 17-year-old male, was arrested in relation to the incident on Feb. 18, the alert stated.