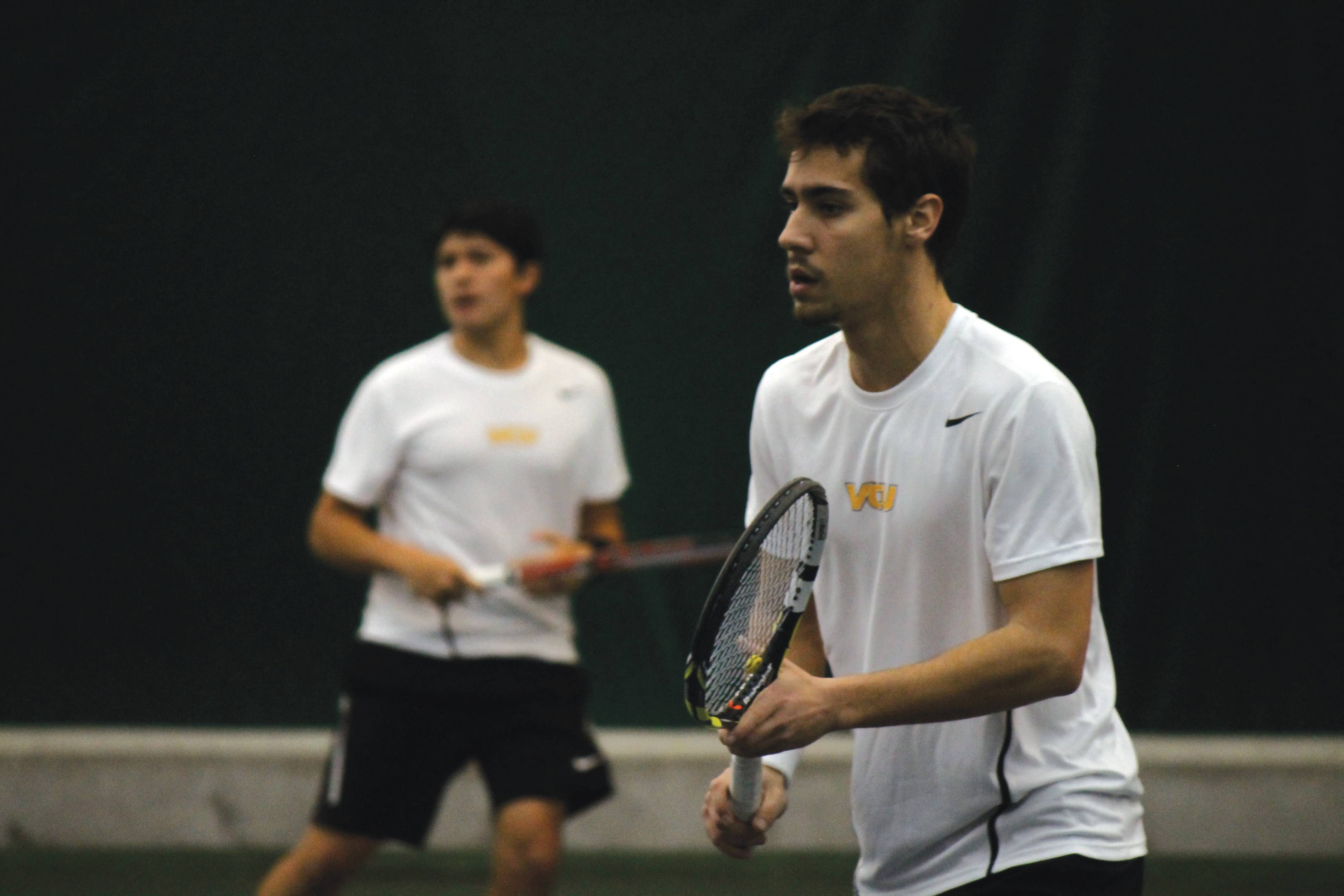 The VCU men’s and women’s tennis teams have experienced very different starts to the 2014 tennis season. Through the first nine matches of the year, the men’s team stands at 7-2. Conversely, the women’s squad enters the month of February with a 2-4 record.

The men were perfect through the first four matchups, failing to drop a single set in match play. First-year phenom Jean Baptiste Mateo and senior Alejandro Argente have led the way for the Rams thus far.

By the end of January, Argente had recorded six singles victories with relative ease. However, the Spainiard was challenged at the ITA National Indoors on Sunday, Jan. 26.

During the contest, Argente dropped his first set to the 76th-ranked player in the nation, Robbie Mudge of North Carolina State. However, the senior was able to rally and clinch a win by posting 6-2 in the second set and 6-3 in the final set.

Mateo has also contributed by going 6-1 in seven singles matches so far this season despite tough competition.

The Frenchman’s streak was tested by No. 83 Nick Horton of NCSU at ITA National Indoors, but Mateo went 6-4, 2-6, 6-5, and sealed the victory with a 7-1 tiebreaker in late January.

Such performances have elicited positive responses from the men’s coaching staff.

“The seniors such as Argente and Jeugas are leading as they should,” assistant coach Houston Barrick said. “The future is looking bright for the young guys as well.”

Looking forward to the rest of the season, Barrick confessed the team is taking it one match at a time and are simply trying to improve each day.

“Good things will happen as we continue to work hard,” Barrick said.

On the women’s side, VCU has not been quite as impressive. The Lady Rams began the year with consecutive victories against Georgetown University and Campbell University, but have dropped four straight since.

One bright spot for the women has been junior Cindy Chala, who is coming off a 15-5 singles record in her sophomore campaign.

Chala’s most impressive victory to this point was against No. 53 Eve Repic from the University of Tennessee. Chala dropped the first set to Repic, but her resiliency earned her the win, concluding the match at 2-6, 6-2, and 1-0 (7).

With their impressive starts to the season, Argente, Mateo and Chala helped VCU sweep the first round of Atlantic 10 awards. Argente and Chala each claimed the player of the week award for their respective sports while Mateo took home the rookie of the week award.

Additionally, the men’s and women’s teams, the reigning A-10 champs respectively, are both predicted to clinch a second consecutive A-10 title, according to the Atlantic-10 Conference website.

However, on the women’s side, the University of Richmond Spiders are proving to be the Lady Rams’ toughest opponent. The Lady Spiders return three 2013 all-conference players and the Richmond women’s team has been the most dominant force in the conference the past decade. The men are tasked with A-10 powerhouse George Washington University, which has reached the A-10 title match in each of the last four years.

The women will take the court next on Feb. 8 against Wake Forest University at home, while the men will travel to N.C. State for the Feb. 7 tilt.