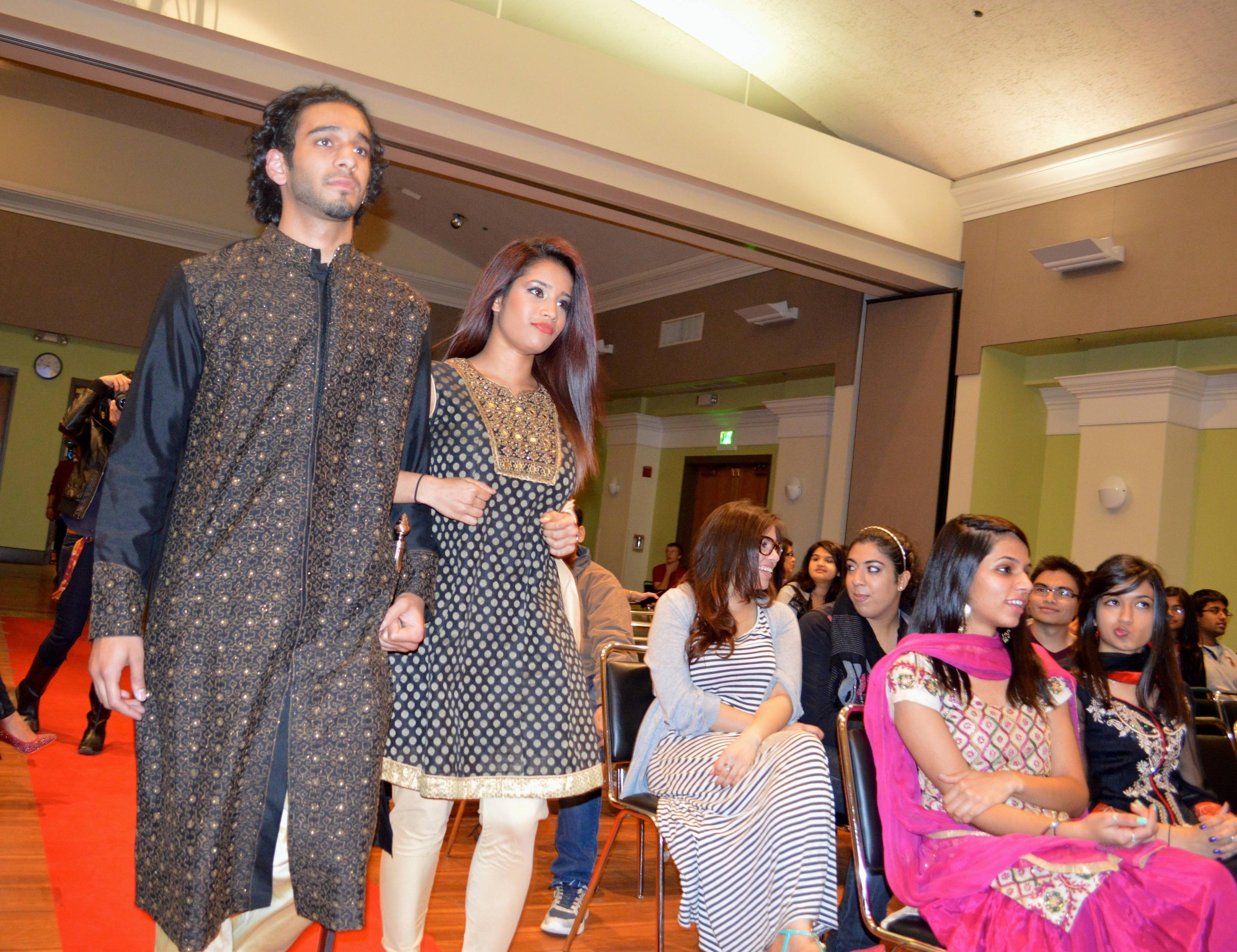 Taimur Mahmood, a junior information systems major, won the pageant and was awarded the crown and a $15 gift card. The runner up for the show was Kaazim Hasan, a junior psychology major, who also won a $5 gift card.

“It’s really awesome (to win),” Mahmood said. “I came back for a second year so it’s just awesome getting that reaction from the crowd.”

The pageants included a fashion show where contestants wore traditional South Asian attire representing their different countries. A question-and-answer session followed where contestants were asked questions such as “what does success mean to you?” and “how would you propose to your girlfriend?”

Junior business information systems and pre-medical student Humayun Afzal is a part of PSA and performed during the pageant.

Afzal’s performed in a duo with his cousin and other contestant, Saghar Qadir during the talent portion of the pageant. Qadir played the drums while Afzal sang.

PSA president Rukhsar Chughtai said though there were judges, they were only meant for entertainment. To select the winner, audience members voted using ballots placed on the their chairs.

Chughtai said the idea for a male pageant show came from her brother, Farhan Chughtai.

“He brought PSA back up from nothing to something amazing,” Chughtai said.

“We wanted to make it more diverse than it was last year. The whole plan of this is to make it multicultural,” Chugtai said.