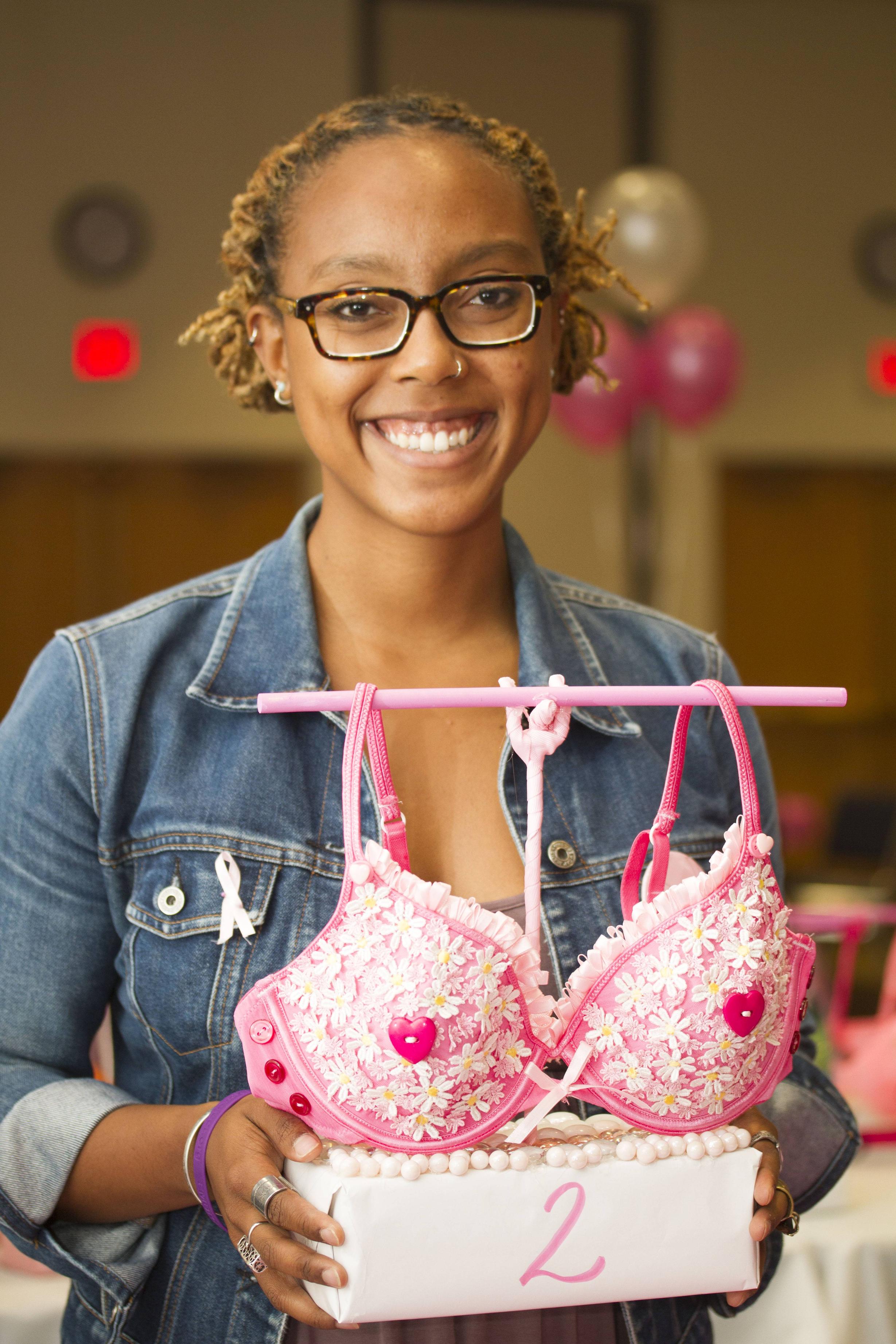 Relay for Life at VCU presented its event “The Art of Intimates” to auction bras to raise money for the American Cancer Society in the Richmond Salons of the Commons on Friday night.

“October is breast cancer month so we wanted to do an event based on raising funds and awareness for breast cancer, so [we made] a bra auction and [called] it the Art of Intimates,” said junior psychology major and event co-chair Deja Johnson.

About 27 bras for auction were designed by fashion students, different organizations and sororities, Johnson said. The organization raised over $900 during the event, $500 more than what they raised the previous year. The most expensive bra was auctioned for $125.

“Our goal is to definitely raise awareness for breast cancer, to get women to take their mammograms and to make sure that all girls are aware to check your boobs every day,” Johnson said.

Johnson said although a woman is more likely to get breast cancer at an older age, students should begin regularly checking their breasts now. Before the auction, the hosts informed guests that one out of eight women will get breast cancer and men can also get the disease.

“We’ve done so much work [for the event] and not only us, but the designers put so much work into it and I can’t thank them enough because without them we would not be able to pull off this event,” said junior exercise science major Deborah Lim, an event co-chair who was personally affected by cancer.

“Just in general, Relay for Life is important to me because my mom passed away from cancer, so obviously I relay for her,” Lim said. “The Art of Intimates is not only for breast cancer but it’s just to bring awareness to cancer because we know someone or know of someone that’s been affected by cancer.”

Junior fashion design major Zoë Pulley is not only a part of Relay for Life at VCU but also designed one of the bras. Pulley described her bra, which was sold for $55, as “fun, girly, flirty, super flowery [and] super pink.”

Pulley said the event and working for Relay for Life is personal because not only is it for a good cause but also because she has a long history of cancer within her family.

“Just like the other organizations have ‘Save the Tatas’, you’re making something like breast cancer a little more lighthearted,” Pulley said. “Not that it should be, but it makes it a little easier for people that are dealing with cancer to come out and have a good time.”