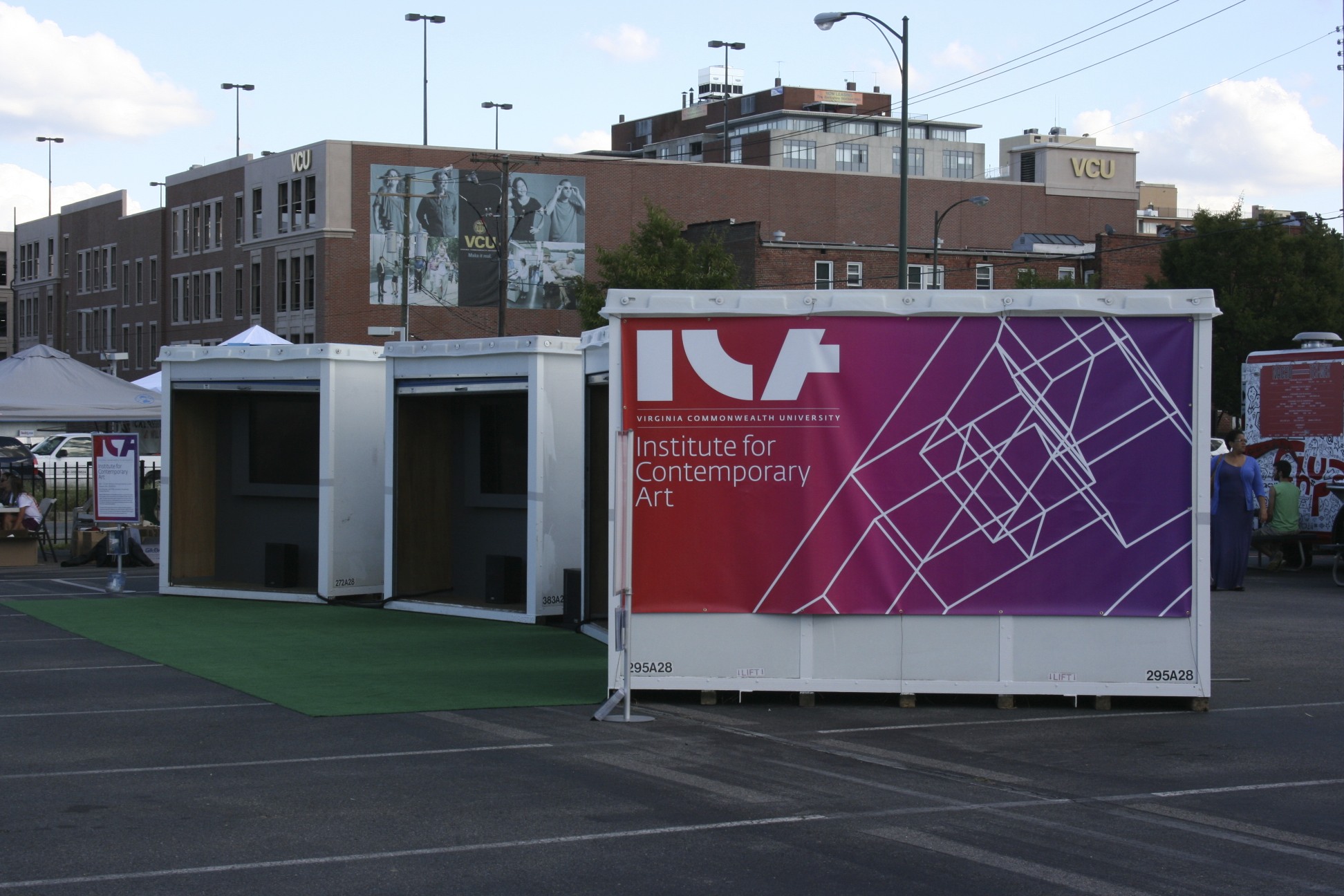 The installation helped kick off the first Fall Line Fest, which used the parking lot at the corner of Broad and Belvidere streets where the Institute of Contemporary Art building will one day stand, as the first stop of many venues involved in the festival.

“Synaptic Bliss” is comprised of a four channel video on four screens, each housed in its own storage unit and arranged in a semicircle to give the viewer a sense of immersion in the piece.

The video itself is an exploration into what artist Anthony Aziz termed “digital consciousness,” examining the melding of the human organic with the digital inorganic and portraying, as he put it, “the space of the internet.”

The artistic collective of Aziz + Cucher, is made up of Anthony Aziz and Samuel Cucher, both professors of art at Parson’s The New School for Design in New York as well as accomplished pioneers in the field of digital imaging. 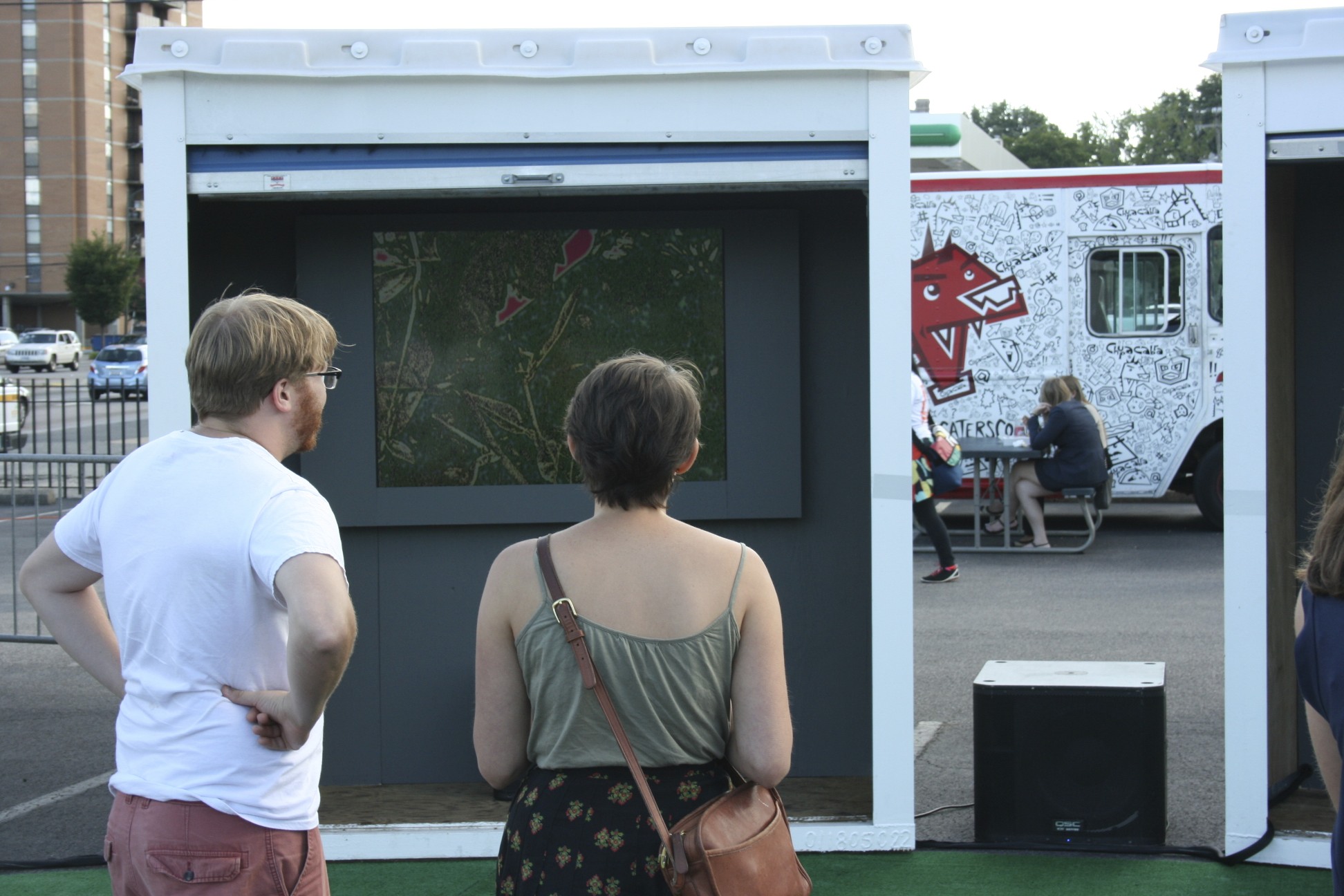 The duo first began working together in 1991. Much of their art explores the issues of how people interact with the technologies we have created.

“Synaptic Bliss” follows in the footsteps of their 1994 series, Dystopia, which was the “beginning of an exploration of technology as a new phenomenon,” Aziz said.

Other works by Aziz + Cucher include “Chimera,” which shows melted down and distorted Game Boys and coated with “fleshtube,” a synthetic human skin. In another work, “Naturelia,”  Aziz + Cucher took the sculptures from Chimera and illustrated them in the fashion of 20th century medical textbooks.

This exhibition is first of many for the ICA, said director Lisa Freiman.

“We plan to bring a continuous stream of important new art from across the country and around the world and to forge these types of partnerships with the local community when the ICA opens in 2015,” Freiman said.

The ICA is scheduled to be completed by the spring of 2015. VCU has already raised $23.5 million for its construction.