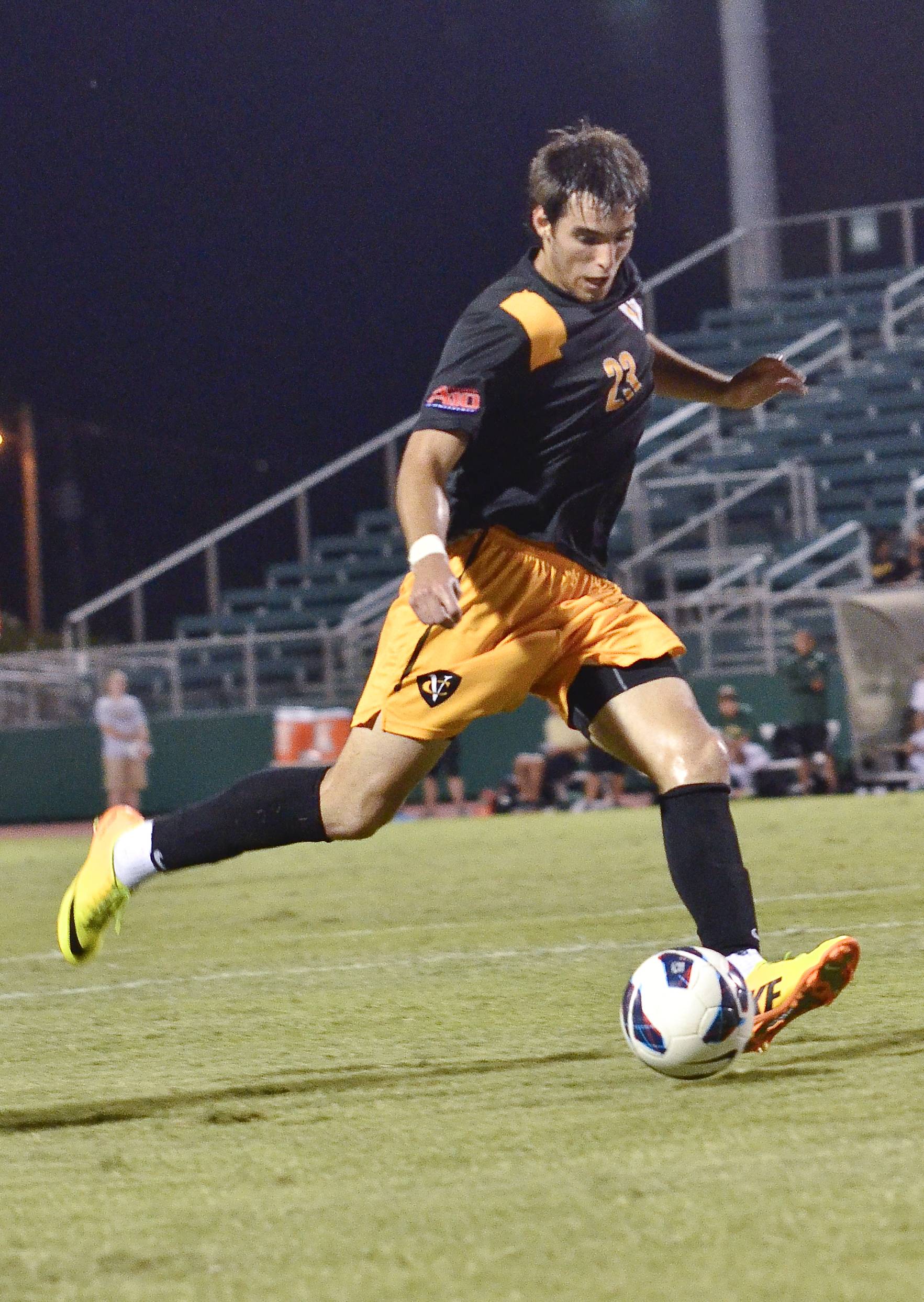 The VCU men’s soccer team opened the 2013 season with a 4-0 loss to the UAB Blazers.

A night defined by missed opportunities spelled disaster for the Rams, who lost the opening leg of the VCU Tournament being held this weekend at Sports Backers stadium.

VCU possessed the ball for a majority of the opening minutes before Diego Navarrete broke free in the box and received a through-ball from Lars Willemse to put UAB on the board in the 18th minute.

One minute later, Navarrete and the Blazers struck again, putting the Rams in an early 2-0 hole just 20 minutes into the game.

But chances weren’t scarce for VCU. A botched opportunity in the box in the 22nd minute awakened an anxious crowd, and the substitution of preseason third-team All-American Romena Bowie in the 27th minute provided the Rams with a brief spark.

The jolt was short-lived, however, when UAB put a third goal on the board in the 30th minute of the game. Forward Rami Dajani’s first tally of the season put the Blazers up 3-0 with 15 minutes remaining in the first half, and took the air out of a wishful home crowd.

Any hope of a halftime turnaround for the Rams was silenced early in the second half, when Freddy Ruiz netted a magnificent shot from the top of the box in the 55th minute to make the score 4-0.

Nerves seemed to be a factor for the Rams, who sailed several shots well over the crossbar on multiple occasions, including a gut-wrenching miss in the 57th minute.

An inability to capitalize on corner kicks plagued a VCU team that simply didn’t match up to UAB in terms of height and couldn’t capitalize on its opportunities.

VCU finished the contest with 15 corner kicks, but didn’t manage to register a single shot on target. In contrast, the Blazers were rewarded just two corner kicks of the evening, but converted on all four of their registered shots.

The Rams will look to rebound on Sunday night when they host Old Dominion University at Sports Backers Stadium in their second game of the VCU Tournament.